Delron Buckley has slid off the football field onto the dance floor to take part in a reality television show at the age of 40. 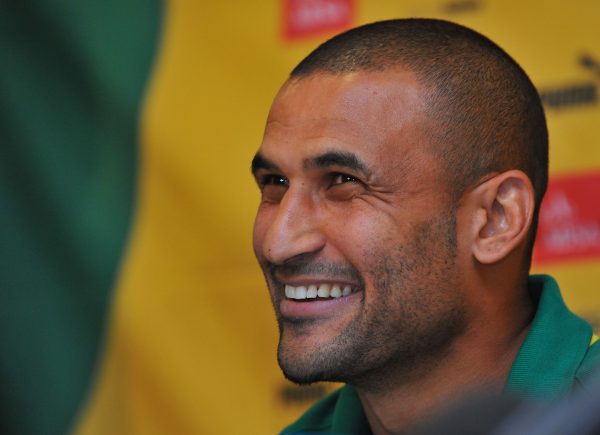 Buckley, a former Bafana Bafana midfielder, says training for M-Net’s Dancing with the Stars is more demanding than playing football, with training sessions running for up to eight hours a day.

Without any formal training for dancing, the former footballer had to rely on his R&B background and his ability to learn quickly to get ready for the TV show.

“I was contacted by the producers of the show, and I didn’t know much about it so they explained it to me.

“I went home and told my wife about it, she has been watching it for 10 years while we were in Germany, so she knew it like the back of her hand, so she told me ‘no you must join. ‘ The next day I called them back and said I am in,” Buckley recalled.

Away from strutting his stuff on the dance floor with millions of South Africans watching from home, the 40-year-old runs the Delron Buckley football school in KZN which was established in 2017.

The family man spent 18 years playing in Europe, mainly in Germany for clubs like VfL Bochum, Arminia Bielefeld, Borussia Dortmund and FSV Mainz 05 before returning to South Africa in 2012 to play for Maritzburg United in the Absa Premiership. The football school’s curriculum is taken from the way the Germans run their football academies, Buckley admires the success of the German national team and hopes to groom future stars that could play in top leagues in the world.

“I don’t know how some academies work, so I used the strategy used by the Germans, and it has been working well so far.

“I help the players learn how to pass the ball on time, I don’t just focus on the football but off-the-field stuff that influences football.

“You need children to have a different mindset about the game.

“It is not a team but a school for football, so all the kids go back to their teams after and we have different number of kids joining us at different sessions because of the school programmes they are on.

The parents come in, they are involved, and when I hear their coaches saying they see an improvement, that is what I want to hear.

“I do the admin work, I have two guys coaching the kids, I do the admin for an hour or two and when I find time I arrange the training sessions and build relationships with the parents.”

Buckley had a stint in AmaZulu’s technical team and hopes to get back into coaching. He has a Uefa B licence and will study towards his A licence in July.

The former midfielder is looking for a coaching gig locally and overseas, without any luck so far.

Buckley believes he would make a great coach in future. The 40-year-old is keen on coaching in the Absa Premiership and says he often submits his CV to different teams, as well as in Germany.