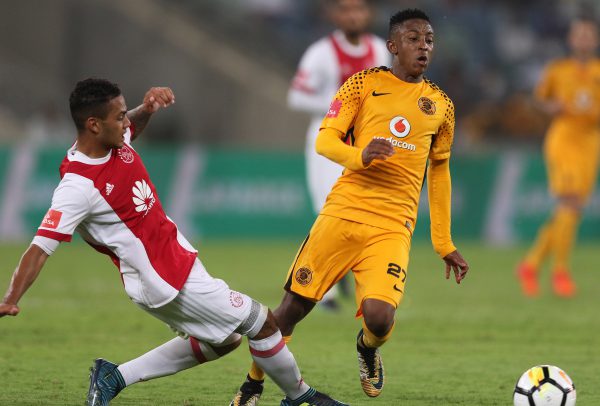 They could both do with the win, though desperation is certainly higher on the part of Ajax.

For Muhsin Ertugral’s Urban Warriors, the three points will ensure they stay in the Premiership whatever happens in other games on the day. Ajax are second from bottom going into Saturday’s match with 31 points after 29 games.

A win would take them to 34 points, which is level with Baroka FC. What works in the Urban Warriors’ favour is that two of the clubs in the same predicament as them play each other.

SuperSport United, who are two points and one place above Ajax, host Baroka. If that match ends in a draw, and Ajax win, Ajax and Matsatsantsa will be tied on 34 points and the Urban Warriors will be safe because of their goal difference.

READ: Has Jali ruled out a Chiefs move?

Former Ajax defender Matthew Booth believes the players will have to be strong and show up if they are to get the result against Chiefs, who will be looking to finish on a positive note following a difficult season.

Victory for Chiefs will guarantee they finish in third place and qualify for next season’s Caf Confederation Cup.

“On the day, the experienced players will need to stand up – you need strong leadership, especially when things go wrong and you are on the back foot, it is important that the team reacts positively. It is difficult to reset your mind and carry on following a setback,” said Booth.

“If things don’t go as planned, Muhsin will rely on guys like Mosa Lebusa and Mario Booysen to encourage the team and refocus. Hopefully it will not come to that,” he added.

READ: Every goalkeeper looks up to Khune – Petersen

Chiefs caretaker coach Patrick Mabedi admitted after his side’s win over Maritzburg United a fortnight ago that playing a desperate Ajax will require dedication and professionalism from his side.

“Ajax have a good side and they are fighting to survive relegation. We will plan to go out there, be professional and do our job. It will be a tough game, but we are definitely eying the third spot,” said Mabedi.

While Mabedi can afford a draw depending on how Maritzburg do in their last game, Ertugral does not have the same luxury. For him, only a win will see them avoid going into the play offs, where Black Leopards and Jomo Cosmos await. It’s that simple.