Sithebe happy to take over Nomvethe’s No. 10 jersey at AmaZulu

Siyethemba Sthebe has revealed that it is a confidence booster that AmaZulu’s retired star, Siyabonga Nomvethe chose him to take over the club’s cherished No.10 jersey ahead of the new season. 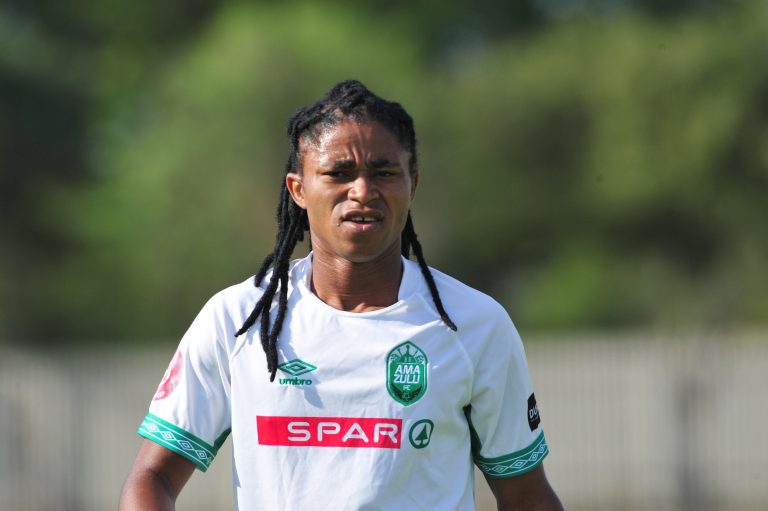 Siyethemba Sithebe of AmaZulu has revealed that his wish is to play for his boyhood favourite club Kaizer Chiefs. Picture: Philip Maeta/Gallo Images.

Nomvethe had been using the number for the past two years while he was at Usuthu. He surprised Sithebe by handing it to him during the club’s new kit unveiling on Wednesday night.

“This is now Siya’s new number,” said Nomvethe as he handed Sithebe a jersey with the No.10 at the back. “I am leaving it for him. He deserves it. He has worked hard over the past two seasons. He collected more Man-of-the-Match awards than anyone else in the team last season,” said Nomvethe.

In his response, the shy Sithebe said he felt amazing that the veteran striker chose him for the famous number.

“It is amazing to me. I don’t know what to say. I don’t have words to explain how it feels. Nomvethe has achieved so much and for him to make this gesture is amazing. I didn’t expect it at all,” he said.