Masandawana emerged as 2-1 winners in Group B action on Saturday and it was the first time they managed to beat Mazembe in their backyard after three previous visits. 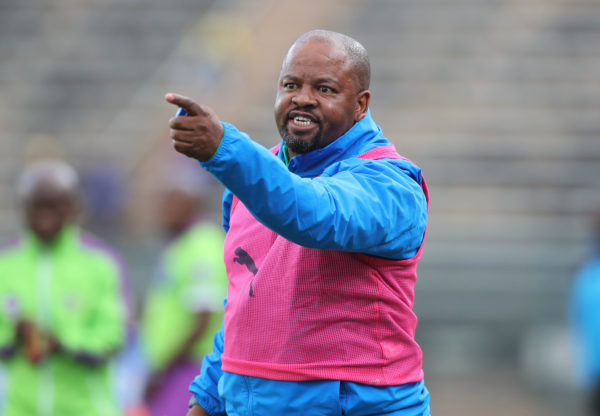 Mamelodi Sundowns co-head coach Manqoba Mngqithi had every right to jump up for joy and high-five his coaching partners Rulani Mokwena and Steve Komphela after Downs recorded an historic win over Congolese giants TP Mazembe in the Caf Champions League.

Masandawana emerged as 2-1 winners in Group B action on Saturday and it was the first time they managed to beat Mazembe in their backyard after three previous visits to the Lubumbashi-based side. Sundowns sit comfortably at the summit of their group with nine points while their opponents have collected two points each.

“We did a lot of video analysis on them and we knew a lot of their combinations and their on-form players. We were anticipating that Joel Tumetuka would be starting and Chico Kabanza was also a player that we were a little bit scared of. We knew that Freddy Djedje would cause us a lot of problems and be our thorn in the flesh,” said Mngqithi, whose side have now gone 23 games unbeaten across all competitions so far this season.

“Our confidence is very high, the boys fought very hard and I must say there were some circumstances that were very difficult for the boys and I believe that the goal that we scored in the first-half was supposed to stand. I don’t know what the reason was for it to not count because in my mind we scored three goals,” said the Masandawana mentor.

Many a football lover has lamented on the continued suspension of spectators at the match venues due to the pandemic. However, some parts of the continent are gradually reintroducing fans in the stadium. TP Mazembe allowed a couple supporters into the Stade Frederic Kibassa Maliba.

“We should thank Covid-19 because when the stadium is full with supporters, it is always different. They always give a very good account of themselves. The fact that we played without a full stadium [helped us]. I should not take the credit away from the team because we were well-prepared for this encounter and we were playing against a good team,” Mngqithi said.