Bucs will have to up their game going into the return match away from home, with Casablanca having not lost a home match in the group stages. 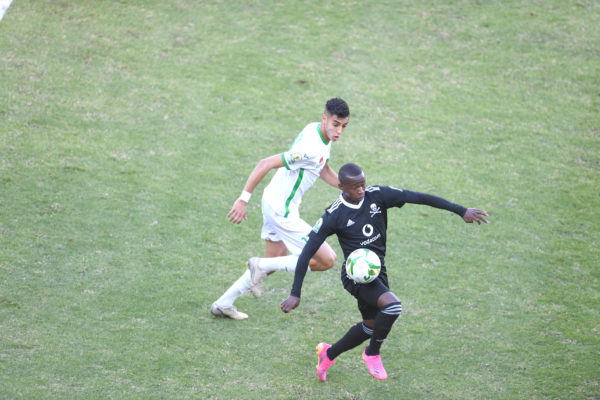 Orlando Pirates failed to make home advantage count after they were held to a 1-1 draw by Raja Casablanca in the first leg of the quarter-finals of the Caf Confederation Cup at the Orlando Stadium on Sunday.

Bucs will have to up their game going into the return match away from home, with Casablanca having not lost a home match in the group stages.

The Buccaneers, however, started the game on a positive and their intentions were very clear from the on-set which was to score an early goal.

It was in the seventh minute when a Wayde Jooste’s cross almost got into the back of the net, but the visitors goalkeeper Anas Zniti was well on guard at his poles.

The home side looked comfortable playing in their own turf and had much of the ball.

The visitors came well with a half-chance falling for key player Soufiane Rahimi in the 28th minute, but his attempt at Bucs goals wasn’t enough to trouble Pirates keeper Wayne Sandilands.

The Buccaneers winger Pule managed to take advantage of a casual defending by the North Africans by slotting the ball into the net to give Bucs the lead in the 39th minute.

Pule’s goal was enough for the first stanza, as the sides went into the break with the Soweto giants in the drivers seat.

Casablanca had to fight their way back into game if they were going to get anything in this game.

With 10 minutes into play, they got a set-piece in a promising area, but they failed to make it count.

The North African side looked better and better as the game went on and they once again came close to scoring after Rahimi’s long-range strike with Sandilands out of his line, but the ball was off target.

Casablanca’s prayers were finally answered in the 60th minute through Malango who levelled the matters.

The tempo of the game went higher and higher as both sides searched for a winner.

Zinnbauer made a coupe of changes, which included long absentee Thembinkosi Lorch in their quest to get the second goal, but at the of the day, the sides couldn’t be separated.

The second leg will be played next week Sunday.