Are there cracks starting to show at Mamelodi Sundowns?

'Maybe the question should be given to Manqoba, because in what was reported in the media, there is an element of truth,' said Rulani Mokwena on reports of fighting among the Sundowns coaches. 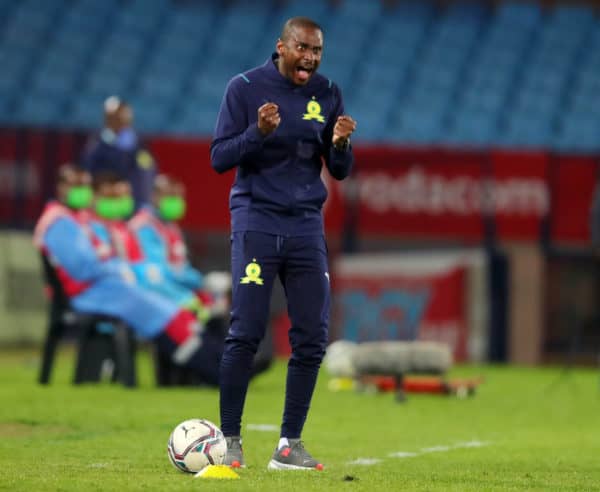 In some ways, it’s been a strange start to the season for Mamelodi Sundowns.

On the one hand, Masandawana have carried on showing the form of four-in-a-row DStv Premiership champions, unbeaten in all competitions, in a superb position to make the MTN8 final and with four points from their opening two league games, including a win over last season’s runners-up, AmaZulu.

On the other, the Tshwane giants haven’t exactly been convincing in their early season performances, their attack in particular misfiring by their high standards, and Rulani Mokwena confirmed a report this week that there had been some in-fighting in the camp between himself and his fellow Masandawana coaches Manqoba Mngqithi and Steve Komphela.

On the eve of Sunday’s massive Premiership clash with Kaizer Chiefs, it was a little odd that Mokwena chose to address the issue at all in his pre-match press conference, however inevitable it was that the question would be asked.

“It is difficult not to come across as trying not to be honest. At the same time (you want) to protect the club. There is a big game on the weekend and all our energies must be on that,” said Mokwena.

“But in the corner of my brain there is an importance in clarifying some things. It is a pity sometimes that these things come out … the biggest problem is having a mole, someone who reports it to the media. You should not have people in the club (like that), in any organisation there are squabbles and disagreements. It should not be blown out of proportion.

“Maybe the question should be given to Manqoba, because in what was reported in the media, there is an element of truth. But the coach (Mngqithi) Has apologised and we move on. So there is nothing more to say about it.”

It did seem that there might be ‘too many cooks’ when Sundowns appointed Mokwena, Mngqithi and Komphela, but last season appeared to settle such concerns as Sundowns lost just one league match all campaign. Now, however, those feelings are surfacing again and Chiefs might just be primed to take advantage on Sunday.

Stuart Baxter’s side have made a positive start to the campaign, impressing even in their exit at the hands of Sundowns in the MTN8 quarterfinals. Added to this, while there is little for Amakhosi to reflect on last season with delight, on the domestic front, even in that dismal campaign they were the only team to beat Sundowns in the Premiership.

Baxter was not in charge back then, of course, but is now, and Chiefs, like Sundowns, have four points from their opening two Premiership matches, looking particularly good in the first half of their 2-1 win over Baroka FC before the international break.