Chiefs and Pirates Superfans score big after years of sacrifice

“I cried when I was given the opportunity,” said the emotional Amakhosi fan reflecting on his fortune. 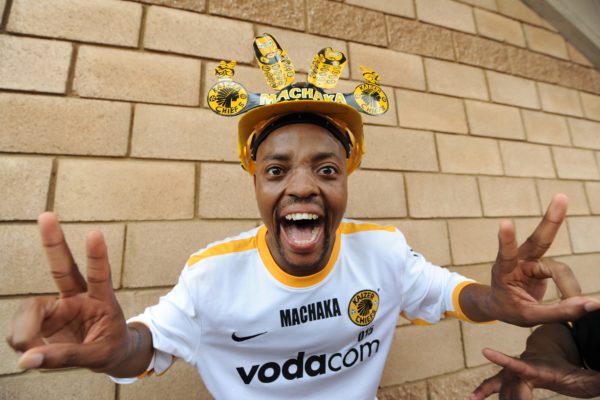 Superfans often forgo time with their families and their jobs to support their beloved teams but have nothing to show for it in the end, and have to rely on handouts from those who recognise them in public after they were seen on television cheering for their teams.

Kaizer Chiefs supporter Masilo Machaka and Orlando Pirates fan Dejan Miladinovic have, however, been roped in to the marketing team of Amathole Funerals. The KZN based funeral service provider, founded by Norman Nala has opened a branch in Johannesburg and tasked the two football supporters to help promote the business.

In the age of influencers and people getting paid to post videos and pictures of themselves on social media for a fee, the two football fanatics are now walking, talking billboards.

A pressing issue for most Superfans is having to travel across the country to attend games without the financial support of the club.

“No one helped us in the past to go to games, we financed our trips from our pockets. No we will have a sponsor for our trips in future and we have been given an Audi Q7 to drive to game and will fly to those that are outside the province,” Machaka told Phakaaathi.

“I cried when I was given the opportunity because I have sacrificed a lot, sometimes going to games not knowing where the next meal is going to come from.”

The clever marketing tactic will see the pair supporting their team wearing Pirates and Chiefs gear, with Amathole Funerals branding.