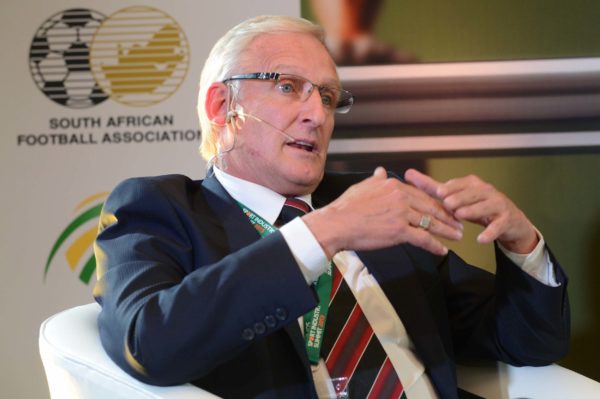 Gordon Igesund is just one coach who was visibly aged by his time with Bafana Bafana. Picture: Lee Warren/Gallo Images)

1.       Your employers are deluded and incompetent.

The South African Football Association has absolutely no idea what it is doing and is living in a fantasy world so far detached from reality it is unbelievable.

Bafana Bafana have collapsed down the continental rankings to the extent that a defeat to Sudan in Omdurman isn’t even really much of a surprise. But Safa continue to set mandates for their head coaches, the next being that they must qualify the team for the 2022 Fifa World Cup in Qatar.

What possible reason is there to think that Bafana will be among the five nations that make it to the World Cup, when they can’t even qualify for an Afcon finals?

Just know that if Bafana fail, the blame is likely to fall squarely on your shoulders and an inevitable axe will chop off your metaphorical head, with zero responsibility taken by those above you for a lack of structures in place or of talent for you to draw from.

On the plus side, you can always blame Safa, with good reason, if you don’t succeed, and you should get a decent salary, but don’t expect the ride to last long.

ALSO READ: Pitso or Benni: Who is next for Bafana Bafana?

Struggling to get players from overseas clubs, who are reluctant to release them for long-haul flights to South Africa and the rest of the continent, is par for the course for any Bafana head coach, and has been made even worse by the Covid-19 pandemic.

Expect some trips to Europe, where you might try and persuade a South Africa-born talent to join the Bafana cause, only to be met by your association’s incompetence again, in not being able to sort out his papers. Then you will also get players pulling out of the camp injured at the last minute, or only making it in time for one training session after playing in a Europa League tie in Latvia three days before you face Nigeria.

4.       Some of your country’s supporters are also deluded.

Look, many Bafana Bafana supporters have their feet firmly on the ground, certainly more so than Safa, and have resigned themselves to the fact that their team is simply nowhere near the top of the continental tree, let alone the global game.

Others, however, appear to still be living in 1996, and think Bafana should easily beat sides they have no record of easily beating. These fans won’t take long to take to call for your head when it all inevitably starts to go wrong.

Take a look at pictures of Bafana Bafana coaches before they took the job, and then take a look at pictures some time down the line. The bags under the eyes are a bit longer, the hair is probably a lot greyer, and the expression is generally more haggard, the look of a coach worn down by an impossible task. And then ask yourself, is there really any point in doing this?