Droves of people populated the Buffalo Stadium in East London for the DStv iRock Festival's maiden voyage to the coastal city. 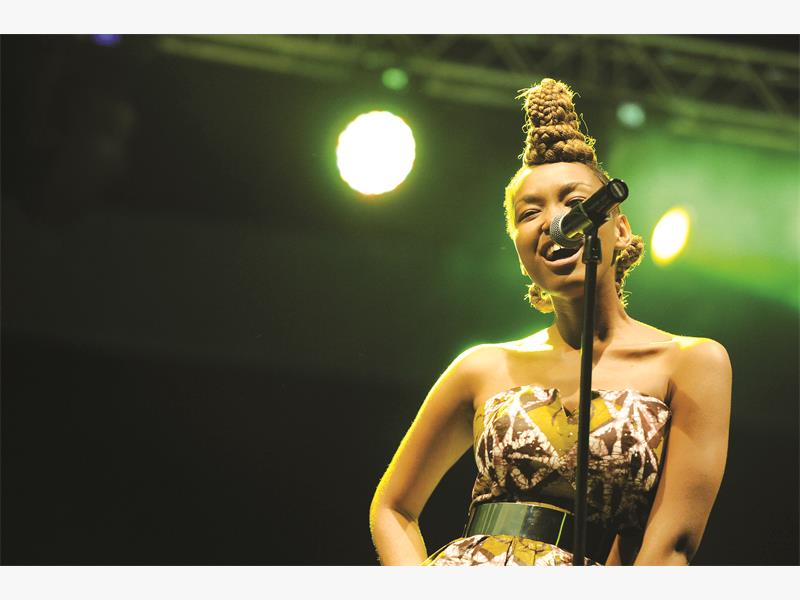 The trademark gusty wind was but a mere skinny breeze devoid of any force and the energy of the eager revellers was the tonic necessary for an atmosphere that catered for the needs of party people.

The afternoon weather proved generous, bestowing eager guests with rays of sunlight for warmth. But locals, who brought along warm jackets, were not easily fooled, as they are familiar with East London and her temperamental tendencies.

It has to be said that the popularity of Ringo in these parts remains high. Ringo was abuzz from the first note and in the groove of things both sonically and spiritually – screams answered Ringo’s interactions with the audience. This was the case before, during and after his performance of the seminal hit, Sondela.

He also found time to display some ability on the drums – much to the delight of his tribesmen and women.

The nostalgic bend did not end with Ringo, but kwaito doyen Thebe also reawakened the senses of those who had let his old records gather. The man is still fleet of foot, making Ungawa Kum seem like a current hit.

Thebe was a hard worker on the night, sweating profusely as he earned every rand on the stage. His performance was a chance for friends in the over-30 bracket to gather around and roll back the years to when they were cooler and relevant.

Thebe was afforded legendary status on the day and the kwaito hitman proved an inspiration for the faithful.

Berita was the belle of the ball and proved that there is more to her repertoire than the hit song Thandolwethu. The audience was patient and listened intently to her other material but the beauty of Thandolwethu mirrors Berita’s and the audience took in every guitar chord of that performance with aplomb.