Loki Rothman is a man of many talents

Guitar virtuoso Loki Rothman has been around for a while but feels his music career is just beginning. 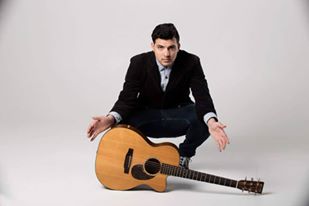 At 24, the local boy has achieved more than most – yet only welcomes the release of his debut album now. So why has it taken him so long? Rothman has been involved in various projects since his appearance in the first season of SA’s Got Talent, including running his own music school, touring as a guitarist for rapper Jack Parow, as well as writing music for other musicians.

A diverse artist with extensive talents, he explains: “Releasing an album means boxing yourself in. People know me as a guitarist, but I really like to experiment with different genres and work with different artists.

“Had I released an album previously, I would be touring and not have much time to do the other things I love.” Wanting to build his solo career, he decided the time is now, releasing his debut album, The Way Back, two years after the release of first single Light These Fires.

He says: “I’m still young and I’ve built a pretty good brand for myself. Working with other artists has also allowed me to learn from them and avoid making the same mistakes they did. I’m glad I waited till now.”

Recognising his own mistakes, Rothman says: “When I released Light These Fires, I didn’t realise the song would be such a big hit. Everybody knew the song because it played on radio – but they didn’t know it was my song. I had no album or other songs to back it up with and you can’t really tour a single.

“At the time I could have gone into studio for three months and write an album, but I didn’t want to rush it. It’s all about timing. This time around I want to establish the name behind the song.”

His new direction is that of singer-songwriter on the new single Wheel Don’t Turn, a stripped-down folk track with strong guitar and limited production. It shows off his guitar skills, highlighting his soothing vocals against original lyrics.

The album is about relationships, love and a few lessons he has learned over the past five years. Rothman co-produced the album with Justin de Nobrega (producer for Die Antwoord, Jack Parow, Toya Delazy and others) and is responsible for all the music and lyrics. The album also includes previous hits Light These Fires, Clocks and See the Light.

Rothman is also working on a guitar and instrumental DVD, set for release later this year.