The Ghanaian goalkeeper, linked with a move to Orlando Pirates, is confident Maritzburg can do well when the 2019/20 season kicks off again in August. 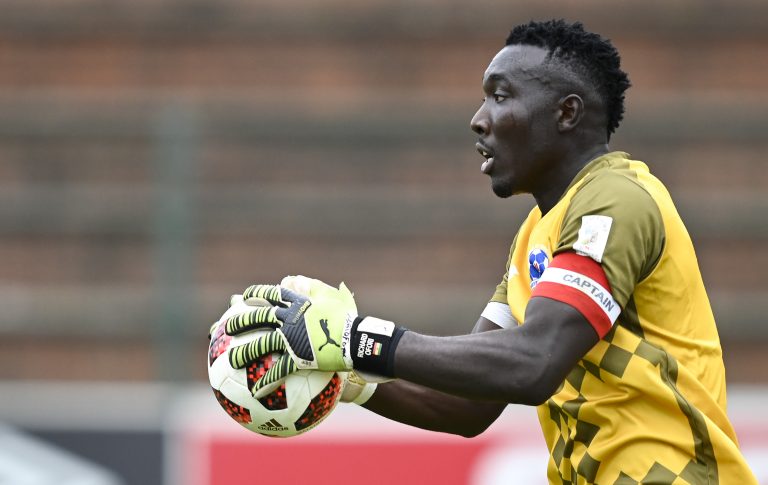 Maritzburg United goalkeeper Richard Ofori says the team is aiming to finish the 2019/20 season on a high.

The Blue Hearts are currently placed fifth in the league standings, but just a point behind third-place SuperSport United with six matches remaining.

“Of course, we can finish the season strong because we are highly motivated after our great start to the season. We have worked very hard since the start so we shall finish strong,” Ofori told the club’s website.

“I feel great that the league has resumed because we missed the action and it also gives the teams a chance to fight for their own destiny, like getting promoted from the lower leagues, qualifying for MTN8 and winning the league.

“The team is very strong and solid because we have been training individually during the lockdown but we need to start smart because of match fitness and hopefully finish the season in a good position.”

The Absa Premiership season is due to resume on August 11 with matches played out in a Biologically Safe Environment (BSE) in Gauteng to prevent the spread of the coronavirus.

Maritzburg were drawn to play their remaining home games at the Lucas Moripe Stadium in Atteridgeville.