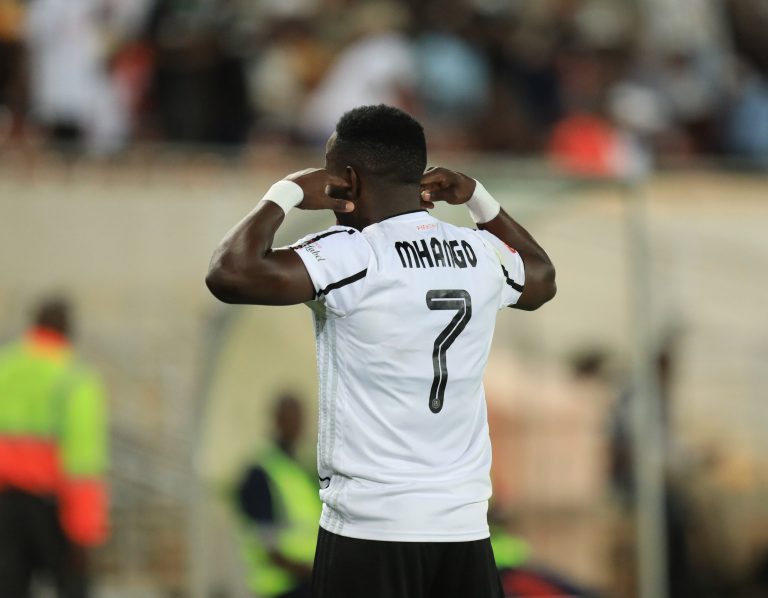 One goal from Mhango was all it took for the Soweto giants to beat the Blue Hearts 1-0 at Lucas Moripe Stadium.

The goal against the Team of Choice was the first goal Mhango scored since the resumption of the 2019/20 season.

“It was tough because as a team we tried from the start until we got the goal at the end,” Mhango was quoted as saying on a video posted on the club’s Twitter page.

“At the end of the day well done to the team for believing in ourselves because the match is played until the 90th minute.

“So, we got the goal in the last minute. The most important thing is the three points from the game.”

Mhango is in line to finish as the league’s top goalscorer with 15 goals after the last round of games is played on Saturday.