Mamelodi Sundowns look set to add two more players to their squad having already signed George Maluleka and Lesedi Kapinga ahead of the 2020/21 season. 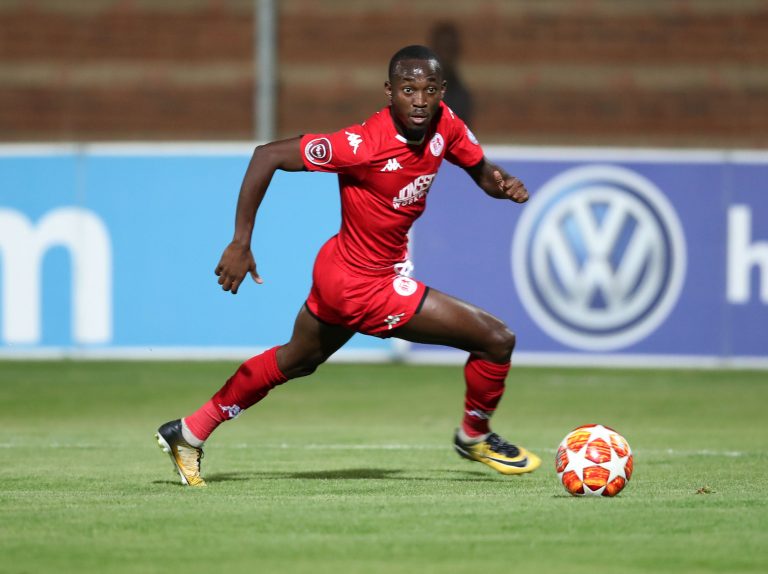 The Pretoria based outfit is said to have concluded a deal with Highlands Park for the services of midfielder Mothobi Mvala and striker Peter Shalulile after they snatched the league title away from Kaizer Chiefs.

Shalulile finished as the joined top goal scorer in the league with Orlando Pirates’ Gabadinho Mhango each scoring 16 goals in 30 games played.

“Mvala and Shalulile have been sold for Mamelodi Sundowns by the Highlands after the league closed,” a source told Phakaaathi.

“The deal is done, the players are leaving but we are not sure when they will be unveiled by Sundowns but both clubs have agreed on terms and the players will be with Sundowns next season.”

Lions of the North chairman Larry Brookstone didn’t want to comment on the sale of the club’s star players directing questions to Sundowns.

“I would like to answer no comment to your question,” Brookstone told Phakaaathi when called to weigh in on the sale of the players.

There are also reports that the Highlands Park franchise will been sold to Tim Sukazi, the owner of TS Galaxy, and will play under that name in Mpumalanga next season.