Gyimah sees some positives in Leopards play ahead of Pirates clash

Gyimah is adamant that the club has been playing well, especially in their last few games. 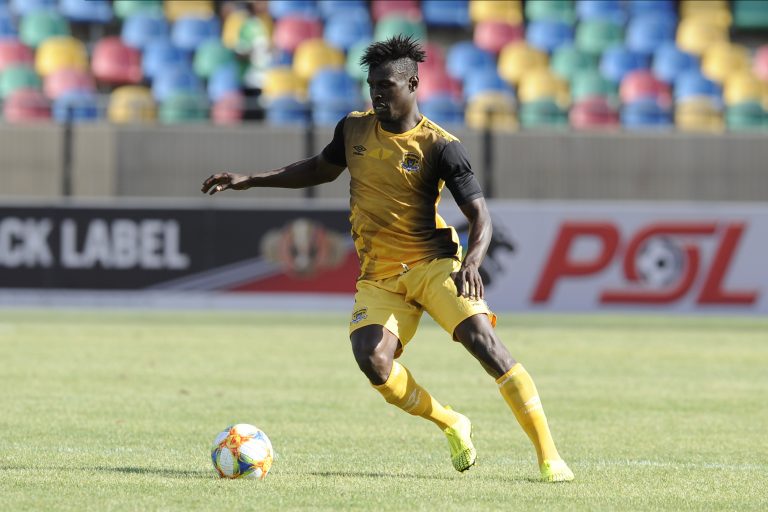 Black Leopards might be languishing at the bottom of the DStv Premiership standings at the moment, but Edwin Gyimah says there is a lot of positivity in their game.

ALSO READ: Pirates coach Zinnbauer backs Mhango to get back to his best

The Ghanaian defender said this ahead of their tie with Orlando Pirates at the Thohoyandou Stadium on Sunday.

Lidoda Duvha have only managed to get one win in their last nine games, drawing three and losing five which gives them six points out of a possible 27.

Despite the poor results,  Gyimah is adamant that the club has been playing well, especially in their last few games and if there is one thing they need to sort out, which is defending.

“It’s a concern, at the end of the day we want to be in a decent position so that the chairman would be happy and everyone around the team, the family of Leopards to be happy. So, it’s a concern that makes us want to push ourselves.”

Having played for Bucs before, the 29-year old says he will go into this match with the focus on himself and helping the team not on his former club.

“It’s a normal game, even though I once played there before. Now I’m a Leopards player and I have to focus more on what we are doing. There is nothing much  (to say), but I feel like we have a positive side and the spirit is in the camp,” he continued.

“They have quality players and much experienced. It’s definitely going to be a tough game, it’s not going to be easy. But I just have to concentrate on myself and focus on keeping a clean sheet.”

Leopards will go into this tie having played to 1-1 draw with Stellenbosch FC in their last encounter, while Pirates registered a 3-0 victory over Tshakuma Tsha Madzivhandila.