Davids tells Pirates players to stand up and be counted

"It’s time for the players to ... show what we can really do in this match against Golden Arrows,” said the Pirates assistant coach. 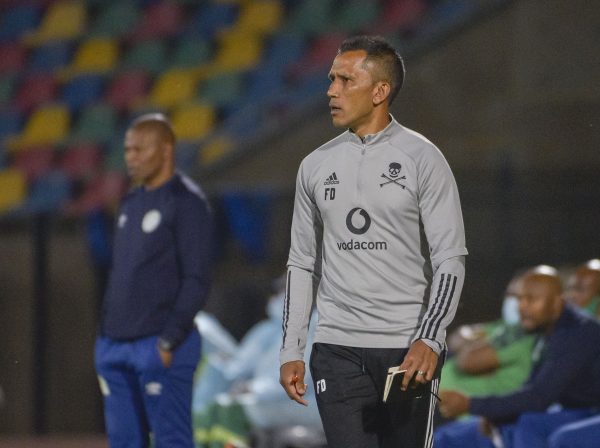 Orlando Pirates assistant coach Fadlu Davids has called on the players at the club to raise the bar as they aim for maximum points when they take on Golden Arrows at the Orlando Stadium on Wednesday night.

Davids says the good thing about going into this match is that it comes three days after a poor result – they lost 2-0 to Black Leopards over the weekend away from home..

“The good thing after such a bad result, bad performance is that we have the next game and for us is to immediately focus on getting back to our performance level – what we know we can do,” said the former Maritzburg United coach.

“We are at Orlando Stadium, we are Pirates, we are a big team. It’s time for the players to stand up and show what we can really do in this match against Golden Arrows.”

In their last five home league matches, Pirates are yet to lose.

In those five matches, they have recorded three draws and two wins, collecting nine points out of a possible 15.

With this decent record at home, Bucs should be confident of a win against the KwaZulu-Natal based club.

The win is badly needed, with the team looking to play catch up with leaders Mamelodi Sundowns, who are on 26 points after 12 games, while Pirates have collected 17 points from their opening 11 league games.

The Soweto outfit are fifth on the league standings, while Arrows are ahead of them in fourth place with 18 points.

A win for Pirates will see them leapfrogging Abafana Be’sthende into fourth place.

But, these sides found it hard to break each other down last campaign with their last two league meetings ending in a goalless stalemate.