"We are playing every two or three days, it is not easy,” added the Amakhosi coach. 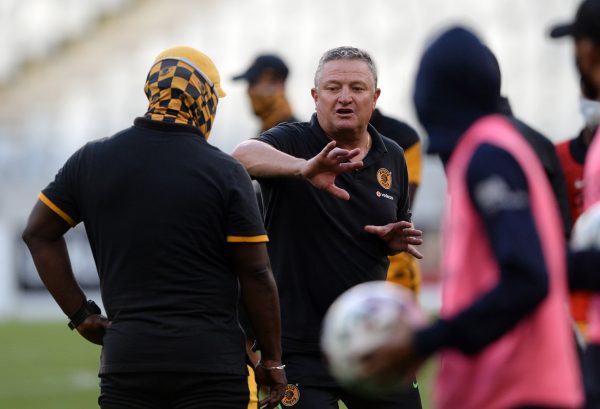 Gavin Hunt says there is still plenty of work to do for Kaizer Chiefs. Pic: Ryan Wilkisky/BackpagePix

Chiefs don’t have long before their next game, and Hunt will hope he can call on the likes of midfielder Nkosingiphile Ngcobo, stretchered off against TTM, and striker Lebohang Lesako, who came off seconds after he came on in the same match, will have recovered in time for Saturday’s trip to Cape Town to play Stellenbosch FC.

“So many injuries came in this morning, it looks like a casualty ward,” Hunt told Phakaaathi.

Chiefs, however, have been doing well in their last few matches, despite a long term injury to Khama Billiat and the loss on Tuesday of captain Ramahlwe Mphahlele, who pulled out just before the start of the TTM clash. Amakhosi are on a run of three successive league wins, and have surged up the table, though their head coach remains cautious.

“There are a lot of games to play, we have played a lot because of Caf (the Champions League) as well. We are playing every two or three days, it is not easy,” said Hunt.

Chiefs have certainly been bolstered by the return of striker Samir Nurkovic, who has a goal and two assists since his return from a groin injury, while his overall presence up front and at the back also helps Amakhosi immensely.

“It is very important we have had nothing like that since the start of the season. He is totally different to anything else we have, but we need to keep him on the field, he keeps getting booked,” added the Chiefs coach.

Lebogang Manyama also got back on the scoring sheet for Chiefs on Tuesday and Hunt is hopeful his first goal from open play this campaign will get one of Amakhosi’s star players back on track.

“We need him to perform and hopefully this is the start of things to come,” said Hunt.