Pirates have now fallen down to sixth place on the log with 18 points from 12 matches. 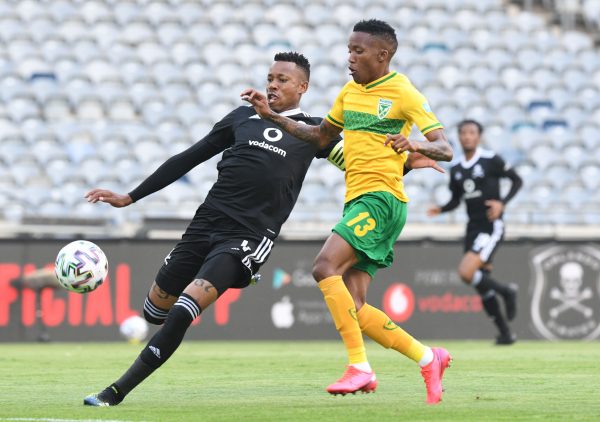 Orlando Pirates failed to bounce back to winning ways when they were held to a 0-0 draw by Golden Arrows at the Orlando Stadium on Wednesday.

Bucs went all out to try and get maximum points, but Arrows were having none of it as Abafana Be’sthende were also aiming to make it three wins in a row after coming into this match having registered two victories.

Following Innocent Maela’s blunder in their 2-0 loss to Black Leopards during their previous match, Bucs coach Josef Zinnbauer opted to make some changes in his back-line by bringing back captain Happy Jele with Maela starting on the bench.

This was Jele’s first start since their 1-0 win against Bloemfontein Celtic last year.

Pirates were desperate to get a win, with the home side going straight into attack early in the game.

A combination play between Bongani Sam and Vincent Pule looked threatening for Pirates, but the last ball to Terrence Dzukamanja found the striker in an offside position.

In the 24th minute, Arrows launched an attack, but Pirates goalkeeper Richard Ofori, who also returned to the starting line-up after recovering from an injury was quick to clear out the danger from Pule Mmodi.

Thembinkosi Lorch got an opportunity to put Bucs in the lead, but his header hit the upright just after the half-hour mark.

The Buccaneers continued to ask questions, but Lorch’s shot deflected off Fortune Makaringe keeping the score-line goalless going into half-time.

Arrows best opportunity of the game came in the 52nd minute, but Mthokozisi Dube’s strike went straight into the safe hands of Bucs goal-minder Ofori.

Makaringe found his way into the visitors box in the 65th minute, but his shot unfortunately deflected off Dube before going out for a corner-kick.

At the other end, the KwaZulu-Natal outfit had a chance of their own. Ntsako Makhubela sent a long ball through to Mmodi, whose attempt was blocked out for a corner-kick as well two minutes later.

The last few minutes of the game saw some end to end stuff from both sides, but neither team managed to find the back of the net.

As it stands, Pirates have now fallen down to sixth place on the log with 18 points from 12 matches, while Arrows are in fourth place with 19 points with 12 games so far this season as well.