Pirates coach Zinnbauer disappointed with result, but happy with performance

“Better game than the last game, we had good opportunities to score in the first half," said the German coach. 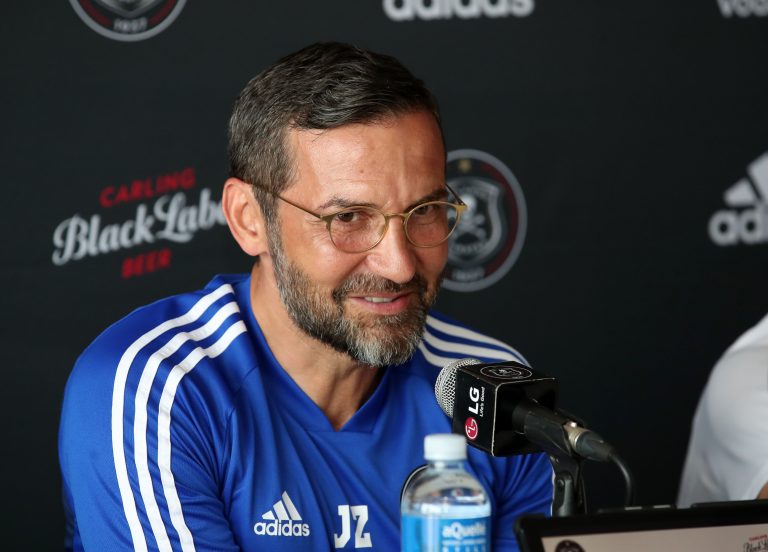 It was another unsatisfactory result for Orlando Pirates coach Josef Zinnbauer after his side was held to a goalless draw by Golden Arrows in a DStv Premiership match at the Orlando Stadium on Wednesday.

However, even though the final score-line wasn’t what he expected from his charges, the German born coach was happy with his team’s performance on the day despite their failure to score goals.

Zinbauer said it was an improvement from their last game which they lost 2-0 to Black Leopards.

“In the second half we wanted to win and told the players to play more offensively and it’s normal, the opponents got more opportunities. But we had better opportunities to score. There was a problem with our final pass and the shooting. Deon Hotto had a good chance to score, but his first touch was a bit far. If you don’t score you can’t win the game, but the performance from the guys today (Wednesday) was okay, it was much better. But the result is not enough for me.”

The Bucs coach went on to explain the reason behind the substitutions of key players Vincent Pule and Thembinkosi Lorch.

“Pule was out two weeks ago due to sickness. Lorch was injured, now he has a lot of games in a row. I think this is the reason for a lot of turnovers. If you don’t have full concentration in terms of conditioning you won’t concentrate and you will lose easy balls. I think it was not the best game from both guys. But they had chances to score, Lorch could have scored, Pule also but it was not enough.”

Pirates are now in sixth place on the log standings with 18 points after 12 games. They next travel to KwaZulu-Natal for a meeting with Maritzburg United on Saturday.