“If you don’t take your chances at this level you end up paying the price,” McCarthy told SuperSport TV. 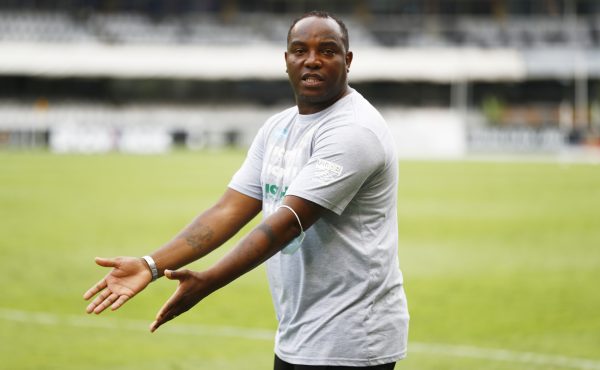 Benni McCarthy Coach of AmaZulu FC happy to have all his players available for selection. Picture: Steve Haag/BackPagePix/Gallo Images.

Benni McCarthy was again upset at the chances his side didn’t take as they could only draw 1-1 on Wednesday afternoon against SuperSport United in a DStv Premiership clash at the Lucas Moripe Stadium.

Usuthu dominated the home side for a long period but Matsatsantsa’s never say die attitude paid off in the end when striker Thamsanqa Gabuza was brought down in the box by defender Mario Booysen, which saw United win a penalty.

The club’s all-time top goal scorer Bradley Grobler stepped up to level matters from the penalty spot. United had a chance to steal all three points in referee’s optional time but Grobler’s header went wide of goal.

McCarthy was disappointed his side didn’t win the game, though he was happy with the way his side played away from home.

“If you don’t take your chances at this level you end up paying the price,” Benni McCarthy told SuperSport TV.

“I didn’t expect us to drop off the way we did because I made the changes because of (Thembela) Sikhakhane’s injury and I didn’t want to risk him. I thought we would push for a second.

“If you dominate the game and make so many opportunities to score and you don’t score, we have experienced it now against, Bloem Celtic against Chiefs, Maritzburg, and it is now four games in a row, I think the players need to start taking responsibility now.

“We do these things in training, patterns of play and combination play in the final third and scoring goals. It is easier in training because there is no opposition, then comes game time the pressure gets a bit too much.”