Is this Grobler’s season to win the Lesley Manyathela Golden Boot?

“I don’t think there is any secret (to scoring goals)," said the SuperSport striker, who has 11 in 12 top flight matches. 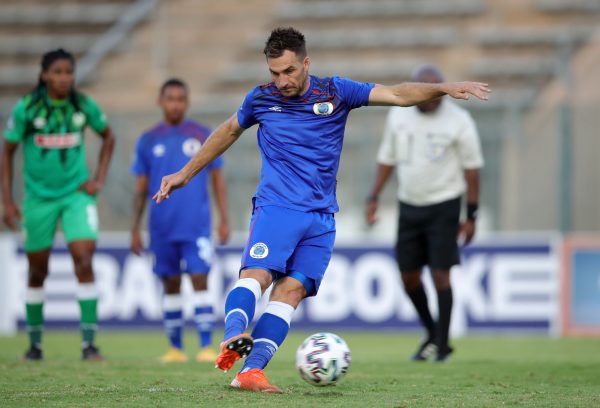 In eight full seasons with SuperSport United, Bradley Grobler has usually had his hand up for the Lesley Manyathela Golden Boot award but his progress was, most of the time, hampered by injury or he just could not keep up with the top marksman at the time.

In this campaign, Grobler has already scored 11 goals in just 12 games and says there is no particular recipe that he uses to rattle the net as his contribution has helped Matsatsantsa A Pitori rack up the second highest number of goals in the league –  20 – a single goal behind Cape Town City.

“I don’t think there is any secret (to scoring goals). The team has been a massive part of that and my strike partner, Thamsanqa Gabuza, has also been a big part of that. Without the team showing enough confidence in you, you are nothing. Me being fit and enjoying my football and having a team that’s working hard around me is all just coming together,” said Grobler.

While he has his eyes set on the top scorer’s prize, SuperSport have been making a bit of a statement in the DStv Premiership. The Spartans are sitting third on the log, behind joint leaders Masandawana and Swallows FC who have both so far collected 26 points. Matsatsantsa could have had the same points if only they did not draw 1-1 with AmaZulu on Wednesday.

“Mentally, we haven’t had enough time to prepare mentally. We have been playing Wednesday and Saturday again and that just gives us a couple of days to recover but we are professionals, we are used to this kind of thing and at the moment we have a good run and we want to maintain that,” said Grobler.

“We want to be better in the league, we have let ourselves down but we still have an opportunity to push on from the good start that we had and it will be one game at a time. It’s easy to play these games but the hard part is for the coach to manage the team and keep the team in good shape make sure the team does not get fatigued,” he added.