“He did what he had to do,” says Mamelodi Sundowns co-coach Manqoba Mngqithi after his centre back was sent off. 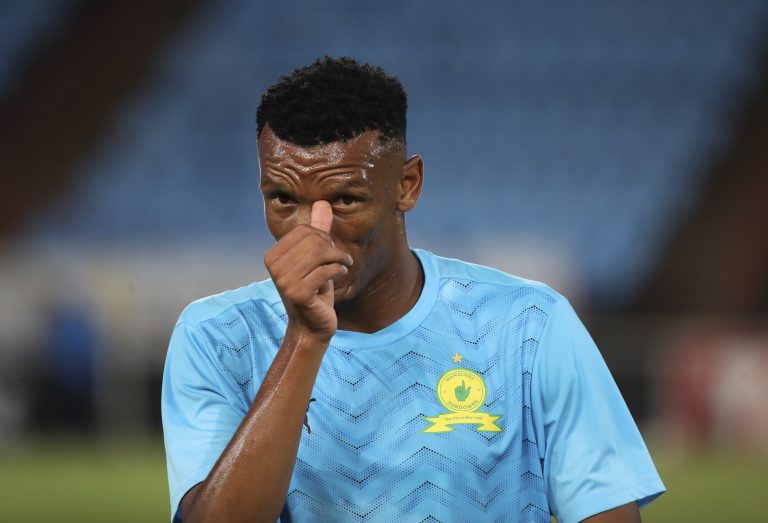 Mothobi Mvala of Mamelodi Sundowns is sent off with a red card in his side's game against Black Leopards. Picture: Gavin Barker/BackpagePix.

Manqoba Mngqithi said he couldn’t lay any blame at the door of Mothobi Mvala, after he ‘took one for the team’ in getting sent off in Wednesday’s 2-1 DStv Premiership victory at Black Leopards.

Mvala was sent off with a red in his side’s game against Black Leopards after he had to pull back striker Rodney Ramagalela who beat him for pace in the final third. Mvala was sent off after he prevented an obvious goalscoring opportunity.

The midfielder’s actions kept the scoreline at 1-1 until striker Peter Shalulile scored the winning goal in referee’s optional time to give Sundowns the win on the day.

“I believed he performed very well for as he was just caught on the scramble there on that ball that went behind him, and we know Rama G is very quick,” Mngqithi told SuperSportTV.

The Sundowns coach says Mvala has done well for the team since being called to play in the backline, because of the unavailability of Brian Onyango and Rivaldo Coetzee.  Sundowns’ technical team was forced to field a defensive midfielder at the bac to help Musa Lebusa.

Mngqithi says Mvala had not put a foot wrong since coming into Sundowns’ back four.

“To be honest I can’t blame him that much, I thought it might be a yellow card but I may be wrong but I will take the red card as it is because I didn’t see very well but he did what he had to do I can’t blame him. I think has given a good account of himself so far he has really fought for us as centre back, the red card doesn’t take away the effort he has put in,” said Mngqithi.