“I have a perfect start at Sundowns coming into a new environment and have my team make it easy for me to blend in,” said Sundowns’ Namibian striker. 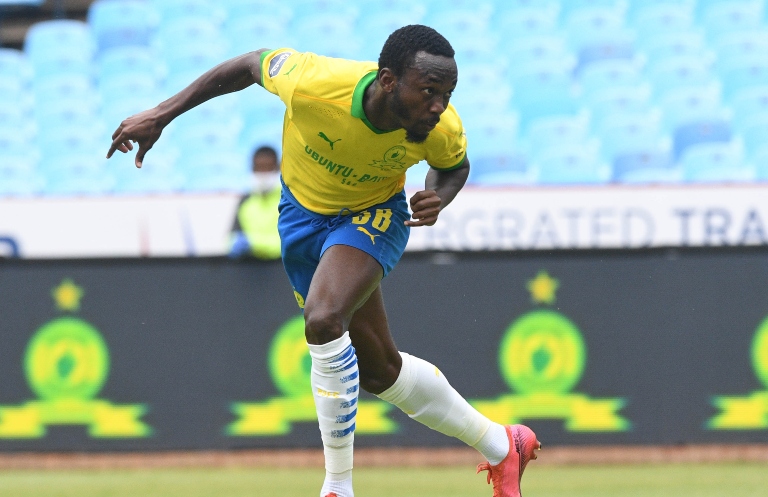 Mamelodi Sundowns striker Peter Shalulile says he had to work extra hard for him to blend into the team so quickly after joining the Brazilians from Highlands Park at the start of the season.

Shalulile is proving to be a great signing for Sundowns adding goals to the club’s unbeaten run this season. The Namibian striker bagged a brace in his side’s midweek game against Black Leopards at the Thohoyandou Stadium handing his side maximum points in the Dstv Premiership match.

The striker joined the defending league champions from Highlands Park at the start of the campaign and has already been untrusted with scoring goals for the side. Shalulile is happy with the progress he has made since joining the Pretoria side but insists he could do a lot better once he has a deeper understanding of Sundowns’ playing style.

Shalulile believes he has been able to score all the goals he has since arriving at Sundowns because of his teammates who create more goal-scoring opportunities for him than at his previous club.

“Themba Zwane, Kermit and even the midfielders make sure they give you the ball where you want it and how you want it, there are days where I miss but I keep on going until I get one or two,” Shalulile told SAFM.

“I believe in hard work and that’s why I am where I am right now. I give it my all each time I play. I put players and defenders under pressure.

When asked about his work ethic and professionalism, the Namibian striker believes it will get him to Europe.

“A lot of player that show commitment and work hard every time are doing well and some are playing in Europe.”

Will off-the-field issues hinder Pirates' chances of beating Sundowns?
5 days ago
5 days ago

Will off-the-field issues hinder Pirates' chances of beating Sundowns?
5 days ago
5 days ago