Leicester also take on Arsenal in the English Premier League on Sunday. 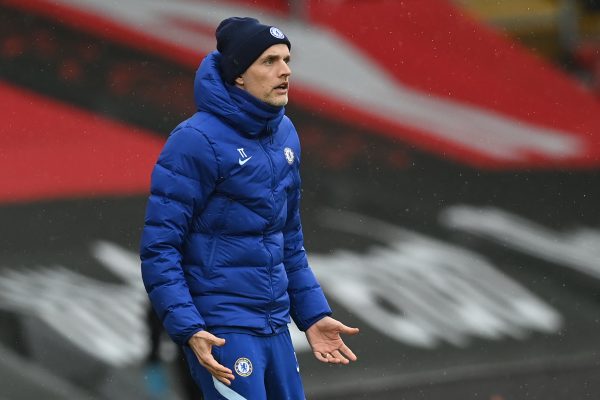 Chelsea remain unbeaten under new manager Thomas Tuchel but Manchester United need to beat them to keep up the pressure on the Premier League frontrunners. More details at www.soccer6.co.za

M1  Sampdoria v Atalanta: Sampdoria were upset 3-1 winners at Atalanta in October but are still 13 points behind Atalanta in the Serie A standings.

M2 Crystal Palace vs Fulham: Palace have won their last three matches against Fulham, scoring two goals in each game.

M3 Leicester City vs Arsenal: Leicester lost at home to Arsenal in the League Cup near the start of the season but have won their last three home league games against the Gunners.

M4 Celta Vigo v Real Valladolid: Celta Vigo have a single victory in their previous nine outings while Valladolid are second from bottom in La Liga after failing to win in their past seven games.

M6 Crotone vs Cagliari: Two clubs deep in the relegation quagmire. Crotone have won three of Cagliari’s six previous visits with two draws and one defeat.

M7 Tottenham Hotspur vs Burnley: Spurs were 5-0 winners the last time they hosted Burnley, who are eight points behind them in the Premier League standings.

M8 Udinese vs Fiorentina: Both clubs sit in the bottom half of the Italian league with 25 points from 23 games. Fiorentina won at Udine in the cup in November.

M9 Chippa United vs Cape Town City: Chippa host City at the Nelson Mandela Bay Stadium in this Nedbank Cup second round tie and then on Wednesday will host them in East London in the league.

M10 Chelsea vs Manchester United: Chelsea are unbeaten in their past six league games. Man Utd have won on their previous three visits to Stamford Bridge.