Zinnbauer not happy with Pirates performance in Celtic win

“It was a difficult match for us, it was very tough. The performance was not so good, I think we all saw what’s happening in the field, the players were very tired," said the Pirates coach. 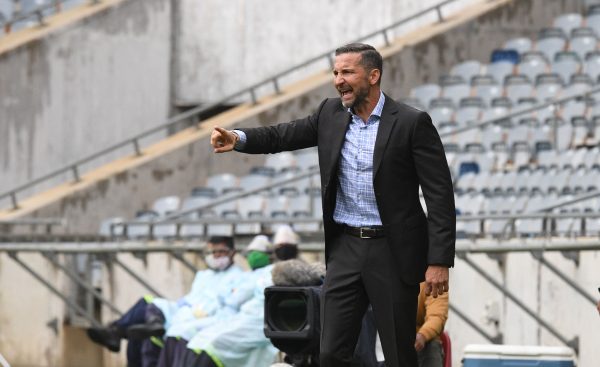 Despite his team digging deep to overcome Bloemfontein Celtic by beating them 1-0 in the DStv Premiership at the Orlando Stadium on Tuesday, Orlando Pirates head coach Josef Zinnbauer was not pleased with the display from his players.

Zinnbauer says his charges got tired in the game after being involved in a number of games prior to the Celtic clash.

But, a long-range strike from midfielder Fortune Makaringe was enough to see Pirates keep all three points at home.

“It was a difficult match for us, it was very tough. The performance was not so good, I think we all saw what’s happening in the field, the players were very tired. We’ve played a lot of cup games in the Caf Confederation and the Nedbank. You could see it today (Tuesday) that the players were not fresh enough to go all out,” said the Bucs mentor.

“But we are happy with three points, now in our last seven games we have won six and one draw. It was a good result, but once again I would say the performance was not so good, but the focus will now be on the (Chippa United) game on Saturday.”

Makaringe dribbled past Phunya Sele Sele defenders, before cutting inside the field and launching a shot that beat Jackson Mabokgwane on the bottom right of the poles. Zinnbauer adds that Makaringe has tried to get a goal in a similar fashion in their past games, but it didn’t work out.

“When you watch the past games, you will see that Fortune always attempt to shoot that way, but he couldn’t get it like he did today. The goalkeeper might have been able to save it, it it would have hit the poles and other times it would just go close to the goal. But this is something he attempts often.”

With the win, the Buccaneers have intensified the title race. Pirates have jumped one place higher on the log, occupying third place with 32 points after 19 games.

The Soweto outfit are one point behind second-placed SuperSport United, who are on 33, while the gap between Bucs and top of league standings side Mamelodi Sundowns, who are on 36 has decreased to only four points. However, Downs have only played 16 games.