Sangweni predicts an even tougher encounter for Chippa against City

“It will be a tough game. We might end up getting tired towards the end because we played over 120 minutes on Sunday," said the United midfielder. 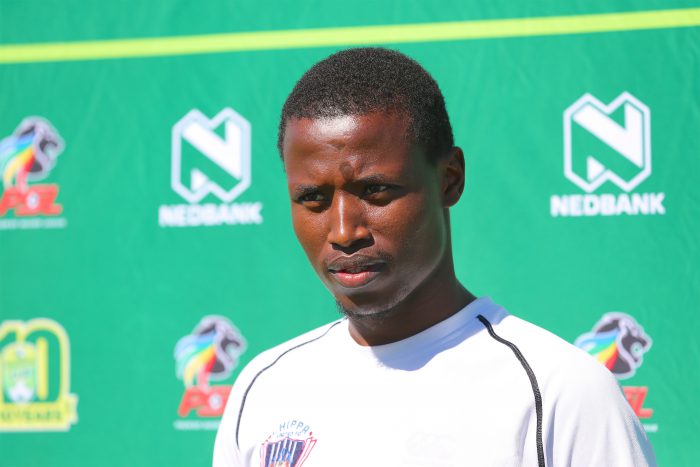 Well, cup games have no retakes and while Cape Town City are still reeling from their Nedbank Cup defeat to Chippa United on Sunday, they have to get up and get going again as they face the same opponent in a DStv Premiership on Wednesday afternoon.

City were brutally bundled out of Ke Yona by a late strike in extra time and will be looking to revenge the defeat in the league match at Sisa Dukashe Stadium in Mdantsane.

The Chilli Boys’ Thamsanqa Sangweni believes the match will be even tougher than the cup tie, with both sides suffering from heavy feet after playing 120 minutes just two days earlier.

“The weekend game was good, although it was tough like any other game. But everyone worked hard. Everything started at training. We were properly prepared for the game and I am happy that the result favoured us in the end,” said Sangweni about the Ke Yona match.

“It will be a tough game. We might end up getting tired towards the end because we played over 120 minutes on Sunday. But it is better that it is the same opponent who played as long as us. It would be more difficult if it was another team who hadn’t played as much as we did.

“What we have to do is get our heads right and be prepared for anything. The game is very important because if we win it the pressure eases a little. We approach every game the same way, with an intent to win it.

“And just because we played them on Sunday and we beat them makes things a little more complicated for this one,” said Sangweni.

SuperSport thrash Swallows in Dobsonville
4 days ago
4 days ago

SuperSport thrash Swallows in Dobsonville
4 days ago
4 days ago