'It is not my position to give them tips about players in South Africa,' said Onyango 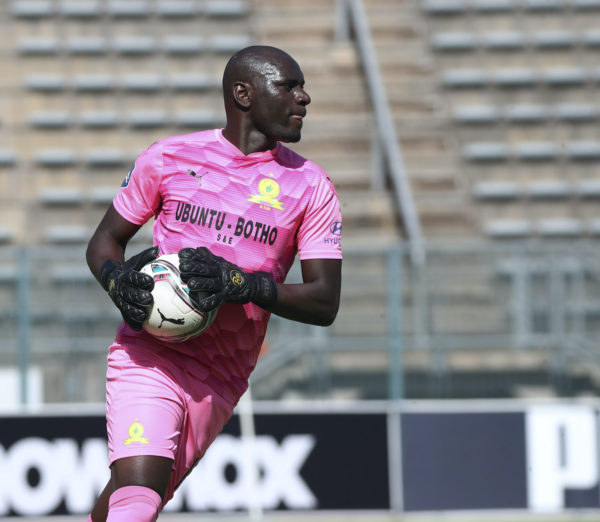 Denis Onyango probably feels he retired a bit too soon from international football, admitting he would have loved to be part of the Ugandan team called-up to take on a new look Bafana Bafana in a friendly match of Thursday at Orlando Stadium.

A couple of months ago, Onyango hung up his gloves at the back of a 13-year career with Uganda to focus on club football with Mamelodi Sundowns, where he recently won his sixth league title  since arriving in South Africa some 15 years ago.

“I would’ve loved to be there and to play but unfortunately I have retired and I am a supporter more than anything else. I believe it is going to be a good game of football because Bafana called a lot of young players and Uganda is also trying to rebuild the future of The Cranes. I anticipate a good game and I hope I can make it to the stadium. I want to be there and get a good feel of what it’s like to support,” said Onyango.

The shop-stopper, who recently claimed his second Goalkeeper of the Season award in the DStv Premiership, says inasmuch as he would have loved to whisper in the ear of newly installed head coach Abdallah Mubiru, and give him some intel on some local players he has come up against many a time, he will resist the temptation.

“It is not my position to give them tips about players in South Africa because I am not the coach, the coach must analyse the game by himself. My job is to support and encourage them to get a draw or a win against Bafana because these are two new teams. Bafana has a new coach and Uganda is having a new coach as well and a lot of new young players,” said Onyango.

Bafana and The Cranes have met just three times in their history, with South Africa dominating this fixture having beaten the East African side home and away in the 2006 Fifa World Cup qualifiers, before recently getting the better of Uganda, albeit on penalties, in the 2019 Cosafa Cup final.