“Yes, it’s a done deal. He is arriving in the country today and he will meet with the board,” an insider told Zamfoot 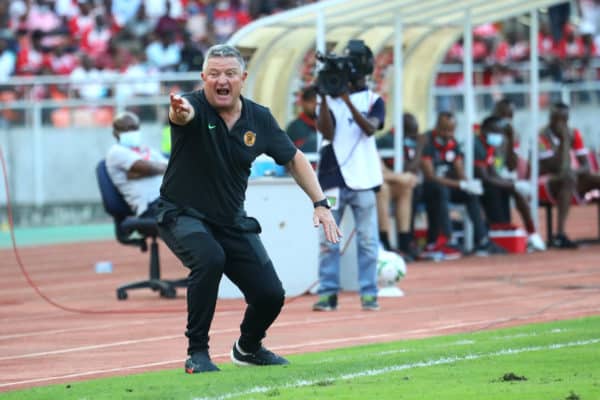 Former Kaizer Chiefs head coach Gavin Hunt is set to sign for Zambian giants Zanaco, according to a report on the Zamfoot website.

Hunt was sacked by Kaizer Chiefs at the end of May, with the club not safe from relegation with just two games to go in the DStv Premiership season, event though he had also taken Amakhosi to the Caf Champions League semifinals.

Phakaaathi has been told that Stellenbosch FC were interested in hiring Hunt as their coach, with his salary the main obstacle.

But if this Zamfoot report is to be believed, Hunt was expected in Zambia on Monday to sign a teal to take over at Zanaco.

“Yes, it’s a done deal. He is arriving in the country today and he will meet with the board,” an insider told Zamfoot

Zanaco have won the Zambian Premier League seven times, but the most recent was five years ago, in 2016.

Only a couple of days before Hunt was fired by Chiefs, Zanaco parted ways with their head coach Chris Kaunda, even though the team were sitting in second position in the Premier League.

Zanaco ended up finishing second, but were some 16 points behind champions Zesco United.

Hunt is one of the most experienced coaches in South Africa, but has never coached outside of the country, having had spells at Cape Town Spurs, Hellenic, Black Leopards, Moroka Swallows, SuperSport United, Bidvest Wits and most recently Chiefs.