Have SuperSport made a U-turn on Kaitano Tembo?

'Tembo has always been the fabric of SuperSport from his days as a player,' said a source. 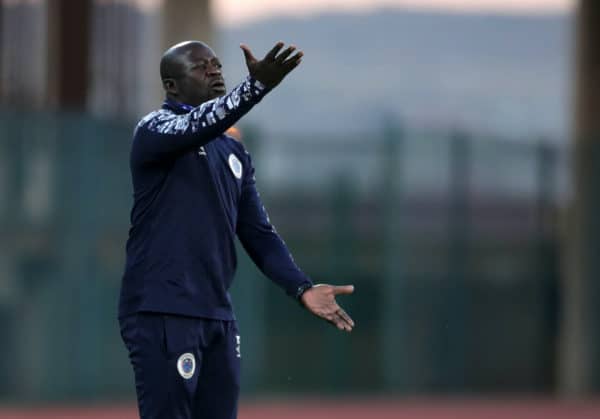 Kaitano Tembo is set to be given another season at SuperSport United. Picture: Samuel Shivambu/BackpagePix.

For the past couple of weeks, the future of SuperSport United head coach Kaitano Tembo has been in question, with Matsatsantsa A Pitori reportedly considering relieving the long-serving United man of his duties as their head coach.

The 50-year-old mentor has been in the ranks of SuperSport since 1999 where he started off as a defender before taking up the posts of academy coach and assistant to head coaches such as Stuart Baxter and Eric Tinkler, before he was promoted to the hot seat.

Tembo has been in the driving seat for about three years and delivered the 2019 MTN8 title to the Pretoria based side where they beat the now defunct Highlands Park. However, mediocre perfoamcnes in the league forced Matsatsantsa to look elsewhere and it was former Golden Arrows head coach, Mandla Ncikazi, whose name was bandied about as a potential replacement, but Ncikazi has since joined Orlando Pirates in an undisclosed role in their technical team.

Phakaaathi has it on good authority that United chairman Stanley Matthews and the board have decided to give Tembo at least one more season to improve the team before making a decision on his future.

“Tembo has always been the fabric of SuperSport from his days as a player and he knows the team culture like the back of his hand,” said a source at Matsatsantsa.

“The club have decided that he will stay and see if the team will do better in the coming season. He is already taking the team through training in pre-season and that shows that there is still some confidence vested in him by the management.

“It is true that there were some considerations to relieve him of his duties based on the report that he gave at the end of the season. Gavin Hunt’s name came up in the discussion of possible replacements as he remains the only coach to have won the league for the team,” the source added.