Former Kaizer Chiefs star and club legend Pollen Ndlanya has slammed the the club's current players, saying they lack hunger to achieve and make a name for themselves at the country's most successful club. 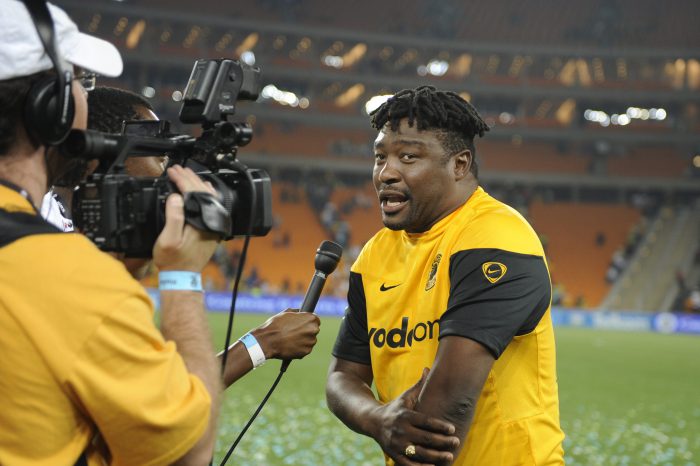 Speaking in a telephonic interview with The Citizen on Tuesday, the former Amakhosi striker said that although he understands why the fans have been calling for coach Steve Komphela’s head following a spate of poor results, the players’ commitment should also be questioned.

Calls for Komphela to resign or be axed grew louder following last weekend’s 3-1 defeat to Chippa United in a league match. A section of the Amakhosi fans stayed behind and pelted Komphela with empty beverage bottles at the end of the match.

But Ndlanya believes the players are also to blame for a lack of commitment, saying they could not even string five passes together in the defeat to the Chilli Boys.

“The players in the current team are not hungry enough and that makes them ordinary players not worthy of donning the Chiefs shirt,” said Ndlanya.

He has been following Komphela’s rise in local coaching and believes he deserves to be guiding the Soweto giants.

“Steve is a very experienced coach … and besides, Kaizer (Motaung, Chiefs boss) is knowledgeable and experienced and would not have given Steve his club if he didn’t believe he could take it forward,” he said.

“The issue lies in the players. You can take (Michael) Schumacher and give him a Toyota Corolla, and he won’t win one race, but give him a Ferrari and he will show you magic.

“Even Pep (Guardiola) would not turn the current team into winners, he would probably resign within a few days. Chiefs need special players, the kind who are willing to take responsibility and take pride in wearing the shirt.”

“Trompies”, as Ndlanya was fondly known during his heyday, said he hopes the club looks again at their recruitment policy, which has made it easy for any player to join the Glamour Boys.

“These days a player does well and scores against us and the next thing he is signed. We need to understand that there are Chiefs players, there are (Orlando) Pirates players and AmaZulu players. Just because a player has done well at AmaZulu doesn’t mean he will do the same at Chiefs,” he said.

Komphela will have a little more time to prepare his team for their next match as they are set to host Bloemfontein Celtic only next Wednesday.