Orlando Pirates coach Kjell Jonevret was quick enough to admit that Gavin Hunt’s Bidvest Wits was a better side after the Students ended his side's four league matches unbeaten run with a 1-0 win at the Bidvest Stadium on Thursday night. 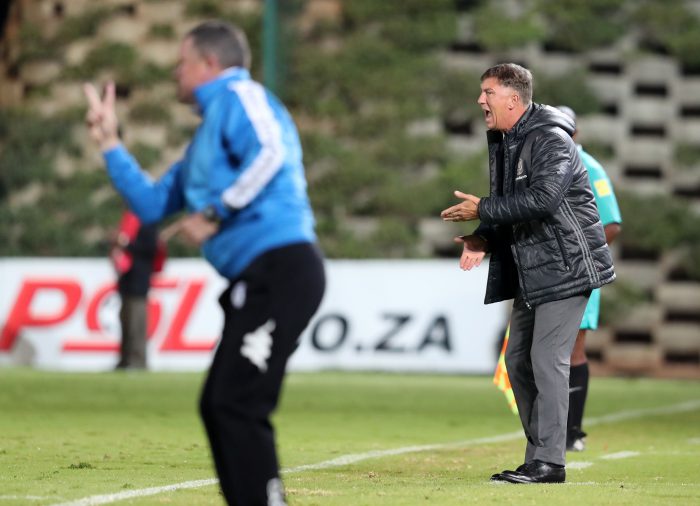 “Sometimes you just have to admit that their team was a bit better and well organised, but I am really sad that we didn’t take our chances in the first half. I mean, we are not a team that plays a lot of long balls we should try to play from the back,” the Swede said after the match.

“But I think Bidvest were better than us in almost all part of the game, I don’t think we even had a corner.”

With the Buccaneers fighting to secure a spot in the top eight of the league table, Jonvret hopes his players will come to the party against title contenders Mamelodi Sundowns at the Orlando Stadium on Sunday.

“We just have to go home, train and fight. We want to be like Bidvest and few other teams. we have a chance for revenge on Sunday, hopefully, we can do something good it is going to be a party at home against Sundowns.

Meanwhile, Wits coach Gavin Hunt says he told his players that the game will be won by one goal.

And that’s exactly what happened at the Bidvest Stadium, where Cuthbert Malajila’s 56th minute strike saw Wits claim maximum points against the Buccaneers and extended their lead at the top of the league table to three points.

“I said to the players before the game, 1-0 will win this game,” the Clever Boys coach told SuperSport TV after the match.

“In the first half we had some really good opportunities to score and we didn’t, and I knew one goal would win the game so we stuck at it and made the change at half-time.

“I thought we didn’t have a focal point in the first half, so we got the focal point and we were a little bit better, and I’m happy for Cuthbert because he’s been working really hard for the team and he scored.”