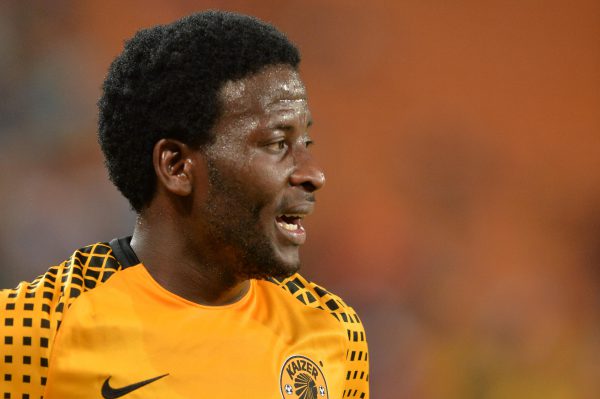 Now “Stash” is looking forward to making a more meaningful contribution when they meet his former team Baroka at Peter Mokaba Stadium on Sunday.

Ntshangase admitted that the atmosphere and reception from the Chiefs faithful almost got to him when he was brought on as a second-half substitute in the 2-1 win over Polokwane City on Saturday.

“For a split second I was lost in the moment … that is when I remembered what Shabba had advised me on earlier. He said to keep it simple. I did that and it worked out great,” the 24-year-old told the club’s website this week.

Now that he has got the debut jitters out of the way, Ntshangase understands how tough it is to play for the country’s arguably best-supported club.

“I was happy with the win. I am part of a team of very talented players. In the end it has to be a collective effort and not about individuals,” he added.

Ntshangase limped off the field after the win over Polokwane City last Saturday but he said it was nothing major and was training normally with the team this week.

He could make his first start on Sunday and believes the Limpopo side should be afforded the respect they deserve but he also understands Amakhosi must ensure they win if they are to stay in contention for the Absa Premiership title, one of the two remaining trophies Steve Komphela’s side have a shot at to avoid a third consecutive barren campaign.

“They will want to perform against us. It is common knowledge that – as is the case with most teams – they will want to prove a point and cause an upset. Credit to them, they have done really well this season.

“Just one point separates us from them and if we want to remain in contention for the league championship we will need to go into this match with a determination to bring home three points,” added Ntshangase.

ALSO READ: Komphela explains why Castro has not played for Chiefs