NFD wrap: Bucks coach sad and happy all at once

Mthatha Bucks coach Duncan Lechesa conceded that his team let themselves down by failing to eke out a positive result at Tshakhuma Tsha Madzivhandila especially as other teams in the relegation zone also lost. 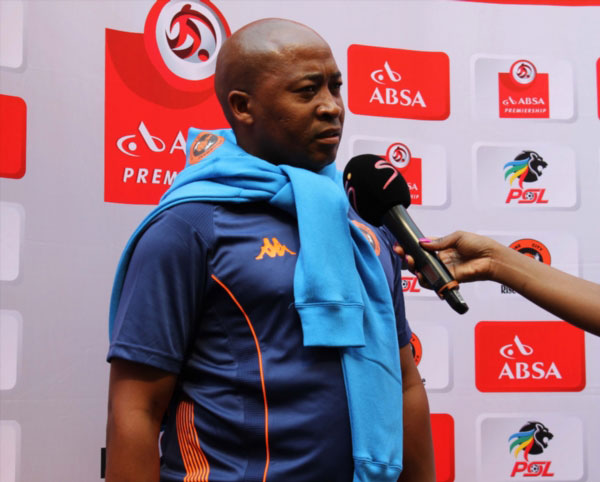 A win would have taken Lechesa’s Amathol’amnyama 21 points and to 12 on the National First Division (NFD) log but it was not to be as the home side collected the three points and jumped to second spot.

“We can’t say there is no pressure,” said Lechesa after the match. “But one is happy that at least the other teams who are in the relegation zone with us also lost. We don’t want too much gap between us and them,” said Lechesa.

Highlands Park meanwhile extended their gap at the top to eight points and are now easily the best bet for the automatic promotion position. Owen Da Gama’s side beat embattled Royal Eagles 4-0 to ensure they keep a safe distance between them and their chasers.

Mbombela United 1 (T. Patjie) Super Eagles 0
Tingwenyama pushed the Super Eagles back into the relegation scrap by securing a narrow 1-0 win over them on Sunday afternoon. The home side stabilised their campaign with this win and it came courtesy of Tshetshis Patjie’s goal. Mbombela are now ninth and still in with a chance of securing a play-offs position.

Uthongathi 0 Stellenbosch 1 (D. Saal)
The Cane Cutters were also puched back into the relegation quagmire by a Stellenbosch side who were desperate for the full points to get into contention for the play-offs position. On 21 points, the Cane Cutters are just four points above bottom placed Ubuntu Cape Town.

AmaTuks 1 (R. Sebastiao) Jomo Cosmos 0
Ritchi Sebastiao’s goal was enough to seal a win for AmaTuks who had toiled for quite a while without any positive outcome. AmaTuks have moved up to sixth while Ezenkosi who remain winless this season remain fourth.

Tshakhuma 1 (T. Ndlovu) Mthatha Bucks 0
Tshakhuma have moved up to second place following the win over embattled Amathol’amnyama and Sello Chokoe’s side look a good bet for at least a play-offs finish. Themba Ndlovu was again the main man as he scored the match’s only goal.

Highlands Park 4 (T. Motlafi; M. Mvala; S. Mahlangu; C. Komane) Royal Eagles 0
It never rains but pours for Royal Eagles sounds like the best way to describe the side’s woes after failing yet again to eke out anything from the log leaders. The Lions of the North were not about to give out any favours as they walloped Kosta Papic’s side 4-0. Thabo Motlafi; Mothobi Mvala, Sphiwe Mahlangu and Christopher Komane were the scores on the day.

Ubuntu CT 0 Black Leopards 4 (J. Mhlongo; K. Tshepe x 2; M. Maphangule)
Ubuntu were the other relegation threatened side who got no mercy from a rampant Lidoda Duvha who beat them 4-0 in their own back yard. The Cape Town based side remain rooted to the bottom while Joel Masutha’s team broke into the top eight and are now in with a chance of fighting for a play-offs position. Joseph Mhlongo, Meshack Maphangule scored a goal each while Karabo Tshepe found the back of the net so attractive he had to hit it twice.