Jomo Cosmos will be looking to curb their downward spiral when they host Stellenbosch FC for a National First Division (NFD) match at Vosloorus Stadium on Sunday afternoon. 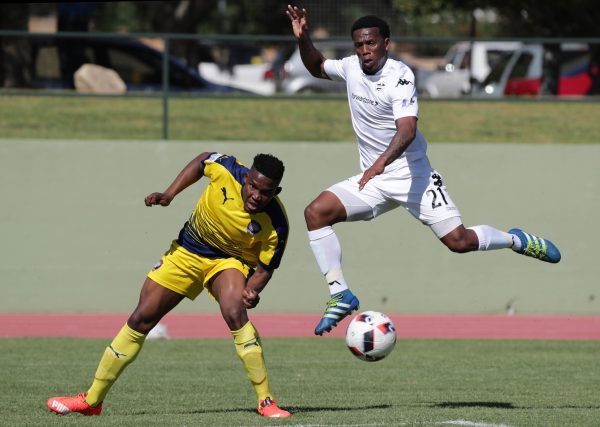 Ezenkosi are yet to win a match in 2018, having lost four and drawn two, conceding nine and scoring two goals in six matches.

The return from injury of Sicelo Mkhize and Tebogo “Messi” Thlolane who are expected to bring some creativity in Ezenkosi attack will be a much needed boost for Jomo Sono’s side. The former Absa Premiership side suffered their biggest defeat yet last weekend when they were annihilated 4-0 by runaway leaders Highlands Park.

Ezenkosi – who were once second on the log – are now fifth and 14 points behind the Lions of the North and if they don’t turn things around soon they face a possibility of missing out on a promotion play-offs place finish.

Tshakhuma v Mbombela United, at Thohoyandou Stadium, 3.30pm
Having suffered a damaging defeat at Cape Town All Stars last weekend, Tshakhuma will be looking to pick up the pieces and going forward with their challenge for a promotion play-offs place finish. Although there are still nine games left, it looks unlikely that any of the chasing teams can catch Highlands Park. But in Mbombela, Tshakhuma face a team who also have ambitions of securing a space in the promotion play-offs. Although Tingwenyama are 10th on the log, a win could catapult them to fifth depending on other results.

Mthatha Bucks v Black Leopards, at Mthatha Stadium, 3.30pm
This should be a cracker of a game as both are desperate for the full points although for contrasting reasons. The home side are desperate to move away from the relegation zone and a win over Lidoda Duvha could be a turnaround they have been looking for. Lidoda Duvha are pushing for a play-offs position finish and are currently fourth and can ill-afford a defeat at this stage.

Real Kings v Royal Eagles, at Sugar Ray Xulu Stadium, 3.30pm
Another one likely to produce some memorable footballing moments as Simo Dladla looks to get one over his former mentor Roger Sikhakhane who finds himself in an unlikely position of having to rescue Eagles from the jaws of death. Sikhakhane is known and respected for guiding teams to the Premiership but this time has been asked to save Eagles who have struggled all season long. Kings will have little mercy for their provincial neighbours as they are looking to get into the play-offs at the end of the season.

Witbank Spurs v Richards Bay, at Puma Rugby Stadium, 3.30pm
It will be difficult but it is one match Siyavutha have to win if they are to keep abreast of teams chasing a play-offs position finish at the end of the season. The Rich Boys have been in rich form since Jean Luscuito took over but still need to collect points to be safe from relegation.

Ubuntu CT v University of Pretoria, at Athlone Stadium, 3.30pm
Based on form, AmaTuks would be a sure bet to win this one but Ubuntu have proved to have some bite especially against the teams in the top half of the log. Their desperation for points also adds to their motivation to cause an upset. But AmaTuks have found their rhythm again and could leave a trail of tears in Cape Town.

Highlands Park v Uthongathi, at Makhulong Stadium, 3.30pm
If football was not unpredictable, the Cane Cutters would be best described as the sacrificial lambs going for slaughter at Makhulong where man have entered only to come out empty handed and crying. The Lions of the North have proved to be unbeatable and are so close to clinching the NFD title they can almost taste it.

Jomo Cosmos v Stellenbosch FC, at Vosloorus Stadium, 3.30pm
Both are equal on 30 points and desperate to get their campaigns back on track so they can fight for a play-offs position with a straight promotion now unlikely although there are still nine games and 27 points to play for.