Jomo Cosmos' sensational young midfielder Sicelo Mkhize has just one wish in his first professional season: to help the club back to the top flight. 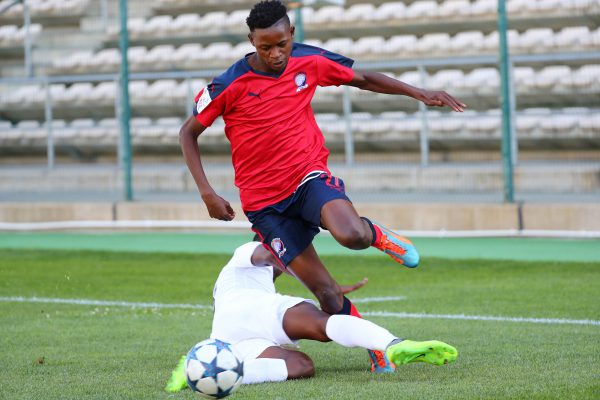 The 22-year-old player said playing for Jomo Sono’s team meant a great deal to him and takingthem back into the Absa Premiership would be an achievement he would always be proud of.

“Getting this team back to the top flight would be a great achievement for me. This is a club with a rich history and we deserve to be in the top flight. I also want to compete at the top level and that could easily happen if we get promoted,” said Mkhize who has just recently returned from injury.

Cosmos are fourth in the National First Division but trail Black Leopards and Real Kings by two points with six games to go.

“There is a belief that we can still make it. We are just two points away. We just have to play for the full points, nothing else,” Mkhize said.

Ezenkosi’s next assignment is a tough away fixture to struggling Richards Bay who have their backs to the wall.

“They are dangerous, especially at home. They are tough to crack and now that they are fighting for their lives makes them even more difficult but we have to go there and get the three points to ensure we stay in contention for a play-off position,” said Mkhize.

He admitted that losing Linda Mntambo, Frederick Nsabiyumva and Mxolisi Macuphu. who joined Chippa United in January. while four other first team players were also out with injuries, which stalled their progress.

“They left at a time we needed them. There were a few other guys out with injuries and the team struggled. The team could not find rhythm and if we had remained with the same side we started with we would have given Highlands Park a run for their money,” he said.

Kambole brings something different to our attack, says Chiefs' Baxter
24 hours ago
24 hours ago

Kambole brings something different to our attack, says Chiefs' Baxter
24 hours ago
24 hours ago