Orlando Pirates left-back Innocent Maela is relishing his moments with Bafana Bafana after making his debut for the national at the recent four-nations tournament in Zambia. 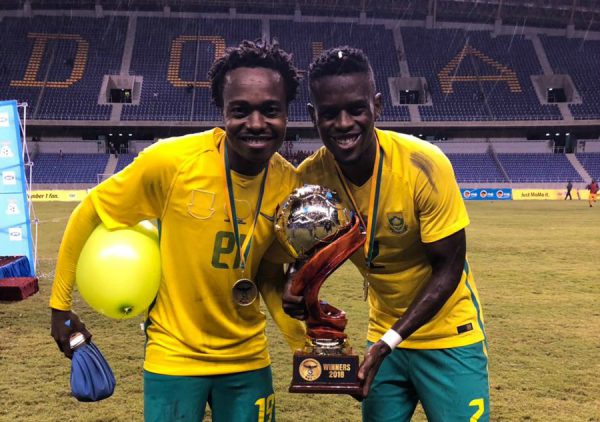 The left-back says playing for Bafana for the first is an honour for him and something he will remember for the rest of his life.

“All players dream of representing the country of their birth and I am no different, I aim to continue improving at club level so that I can get more opportunities to represent my country. Making my debut for Bafana Bafana was honour and a privilege. I never thought it would happen so soon. It felt remarkable to don the national colours, a dream come true.”

Maela and his Bafana teammates won the competition after beating Zambia 2-0 in the final. The defender will now shift his focus in the league campaign with the Buccaneers.

Bucs are scheduled to host Bloemfontein Celtic on April 4 at the Orlando Stadium.