Black Leopards striker Mwape Musonda has been voted Phakaaathi's Player-of-the-Month for May, following his inspirational displays during the team's campaign in the relegation/promotion play-offs which saw them ultimately win promotion to the Absa Premiership. 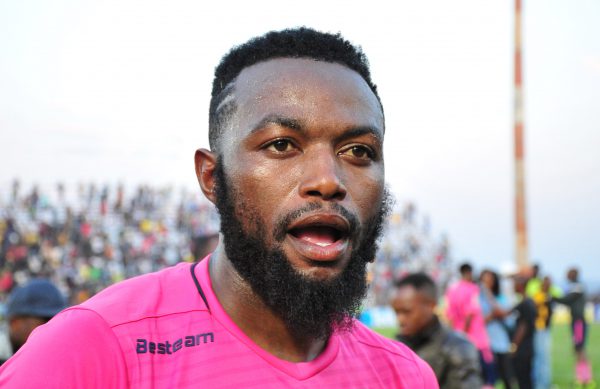 Musonda was one of Leopards’ key players in the campaign, scoring four goals for the Venda outfit.

During their 2-2 draw with Platinum Stars at the Moruleng Stadium, Musonda scored an incredible equaliser through a bicycle kick and after the match, Leopards coach Joel Masutha labelled the striker as the Cristiano Ronaldo of South African football and said he deserved to be playing in the top flight.

“That goal resembled the Cristiano Ronaldo bicycle-kick goal for Real Madrid against Juventus in the Champions League this season,” Masutha told the media.

“Mwape belongs in the Premiership. He works so hard at training and pushes himself to the limit every day.”

The strongly built 27-year-old Zambian striker was the past season’s joint top-scorer in the NFD with Highlands Park striker Peter Shalulile after the pair scored 15 goals each which saw them share the NFD Golden Boot award at the PSL awards.

Having played in the Premiership before, turning out in the colours of Orlando Pirates and in a short loan stint with Golden Arrows, the Zambian didn’t really make enough impact which saw him being deemed surplus to requirements by the Buccaneers in 2016.

Before moving to South Africa, Musonda made a name for himself at Konkola Mine Police in the Zambian Premier League where he scored 10 goals in the 2012 season for the team from the northern border town of Chililabombwe and he was later loaned out to Zambian giants Zanaco in 2013.

But, now with another chance of gracing the South African top league, the striker will certainly be eager to show his worth and help Lidoda Duvha remain in the league.

His top-class performances in the NFD this past season has attracted a lot of interest from other teams in the PSL, but the striker has vowed to stay with Leopards and continue his great scoring form.