Pirates look to bounce back against AmaZulu

Bucs come up against an AmaZulu side who are high on confidence coming from two consecutive victories against Sundowns and Cape Town City, winning 2-0 and 1-0 respectively 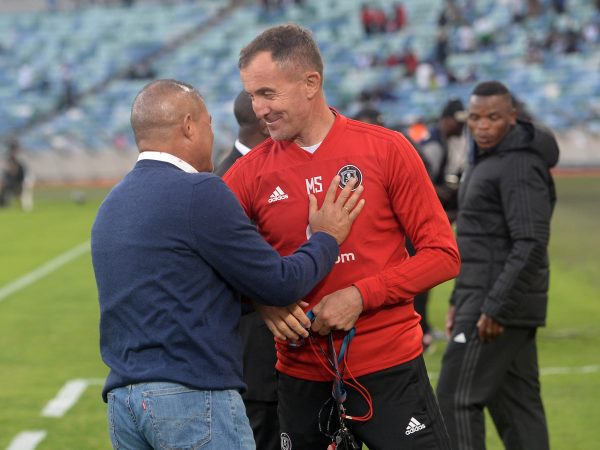 Having slipped to four points behind Absa Premiership League leaders Bidvest Wits, Orlando Pirates coach Milutin Sredojevic is eager for a victory when they host AmaZulu FC at the Orlando Stadium tonight.

Bucs failed to close the gap to one point when they lost 1-0 to SuperSport United at the Mbombela Stadium in a midweek league clash.

The result left Pirates in third place with 33 points after 20 games, while Wits top the standings with 37 from the same number of games, followed by second-placed Mamelodi Sundowns, who are two games behind and have accumulated 35 points.

The Buccaneers coach was disappointed with the way his side conceded from a corner. The Serb, however, is happy with the efforts by his players and says they need to bounce back.

“We have a situation whereby the players gave everything, we dominated but disappointed with the result, but we are satisfied with our players’ performance,” said Sredojevic.

“This effort will soon pay us back, we need to be strong and bounce back on Saturday and that is our focus at the moment.”

Bucs come up against an AmaZulu side who are high on confidence coming from two consecutive victories against Sundowns and Cape Town City, winning 2-0 and 1-0 respectively.

The KwaZulu-Natal outfit are on a quest for a top-eight finish and their recent performances have shown how determined they are. They are currently in 11th place in the table with 23 points in the bag.

The last time the two sides met was back in October, where they drew 1-1 with Augustine Mulenga scoring for Pirates, while Emiliano Tade, who has now joined Downs, scored for Usuthu.

AmaZulu will be banking on striker Bongi Ntuli to inspire them to victory in Soweto. The striker has already scored seven goals for the club in all competition and he is aiming for more.

“My target is to score more than ten goals this season. I understand my role in the team, if I am not scoring then I need to help set up goals,” Ntuli was quoted as saying on AmaZulu’s website.