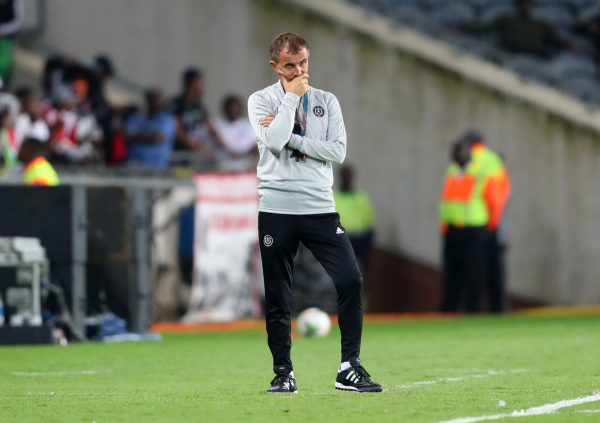 Orlando Pirates coach Micho Sredojevic says FC Platinum surprised them with their high pressing following their 2-2 draw in the Caf Champions League Group B encounter at the Orlando Stadium on Friday.

The Buccaneers were forced to chase the game from the first half after the Zimbabwean scored two goals, with Bucs managing to come back into the game in the later stages of the match.

“Nobody in football is guaranteed anything. We have been taught a lesson by Platinum. They have played four matches and in those four matches, they were out scored, not outplayed,” said Sredojevic.

“Coming into this match looking at the fact that we have to win, we came all out looking for a win. They surprised us with some elements of high pressing.”

The result means Bucs will have to win their last group stage match against Guinea’s Horoya if they are to advance to the quarterfinals of the competition.

Meanwhile, the Platinum Boys have already been knocked out of the competition having only managed to collect two points in the tournament going to their last group match against Esperance.