Sredojevic admitted to having had it difficult against the Zimbabwean outfit, who had their plans spot on for the match, but said second-half substitutions for Bucs paid dividends at the end. 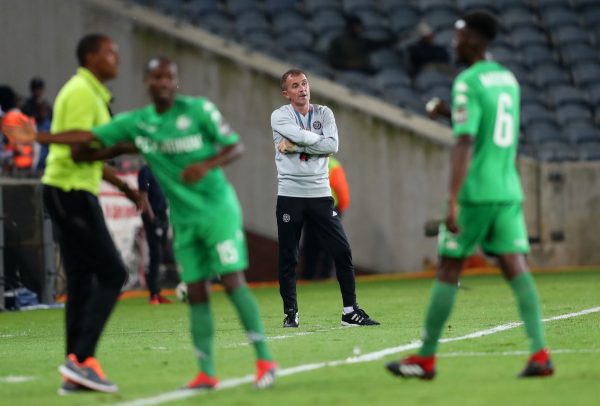 Conceding two goals from defensive errors was a blow for Orlando Pirates, said Buccaneers coach Micho Sredojevic after his side fought hard to earn a point in their vital Caf Champions League tie with FC Platinum which ended 2-2 at Orlando Stadium on Friday night.

Bucs found themselves 2-0 down at half-time, but came back stronger in the later stages of the game to ensure they walked away with a point on the night to keep their hopes of qualifying for the quarterfinals of the competition alive.

Sredojevic admitted to having had it difficult against the Zimbabwean outfit, who had their plans spot on for the match, but said second-half substitutions for Bucs paid dividends at the end.

“It was a major blow for us, but for that result, you have to give credit to our opponents. They came with a plan and their plan worked. During half-time it was more of a mental thing than football,” said the Bucs coach.

“We as the technical team had to ensure our players came out of their comfort zone and convince them it was possible to come back in football.

“I need to give credit to the technical team for making sure our players kept cool heads.”

“Putting Thansanqa Gabuza and Augustine Mulenga on paid dividends. We didn’t even lose our cool even when the result was 2-0 with 10 minutes to go. We scored that first goal that gave us wings, we scored the second – great comeback, once again football has showed us that leading 2-0 can be very dangerous.”

While the Platinum Boys are already out of the competition having collected only two points from five matches and occupy bottom place in the Group B standings. Pirates are third in the group with six points, with second-placed side Horoya on seven, while Esperance from Tunisia are on top of the table with 11 points and have already qualified for the knockout stages.

Going into their last group game, Pirates will battle it out with Horoya away from home for space in the last eight when they meet on Saturday.