"He is a player with huge potential. Unfortunately he picked up an injury, which is not so good," said Middendorp. 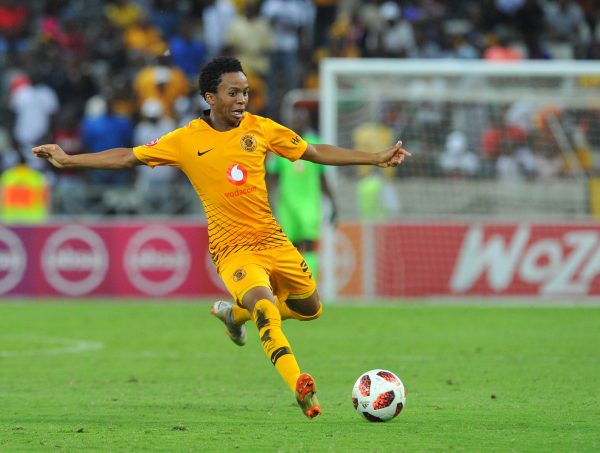 There is a slow but meaningful change happening at Kaizer Chiefs under Ernst Middendorp as the German looks to favour youngsters over the tried-and-tested and somehow tired players he found at Amakhosi when he arrived in December.

Middendorp has handed four young players a chance and they have been repaying his faith with some outstanding performances.

Siphosakhe Ntiya-Ntiya has become a regular since Middendorp arrived while Happy Mashiane was cementing his place before he got injured. Bruce Bvuma and Nkosingiphile Ngcobo have also recently been getting regular game time.

Ngcobo, who made his full debut in a 1-1 draw against SuperSport United last Friday night, impressed Middendorp. Unfortunately, the youngster is now set to sit the rest of the season on the sidelines because of an injury.

“It was not just a nice little debut,” said Middendorp when asked about the 19-year-old’s performance.

“This is a player with fantastic quality … he is outstanding. I believe that if he had been working with the senior team from the beginning of the season he would be a regular by now. He is a player with huge potential. Unfortunately he picked up an injury, which is not so good.”

The 60-year-old felt they could have done better than the draw and they would be in a better position to fancy their chances of running in and pinching the Absa Premiership title from right under the noses of current favourites Mamelodi Sundowns, Orlando Pirates and Cape Town City.

“We could have done more to win, especially because we had several chances to score. We want to get closer to the top.

“Teams above us are yet to play each other and that could have a big influence. But we have to look at our own game and take it one match at a time,” said Middendorp.

Chiefs are still in with a chance of a league and cup double and have two weeks to prepare for their Nedbank Cup quarterfinal against Cape Town City at Mbombela Stadium on March 31.

“Our focus now shifts to our game against Cape Town City. The next two weeks will allow us some time to prepare and we look forward to that challenge.”