Former Free State Stars defender Tshegofatso Mashego got his football fix by becoming a coach a few years after he had quit due to not being paid his salary as a player. 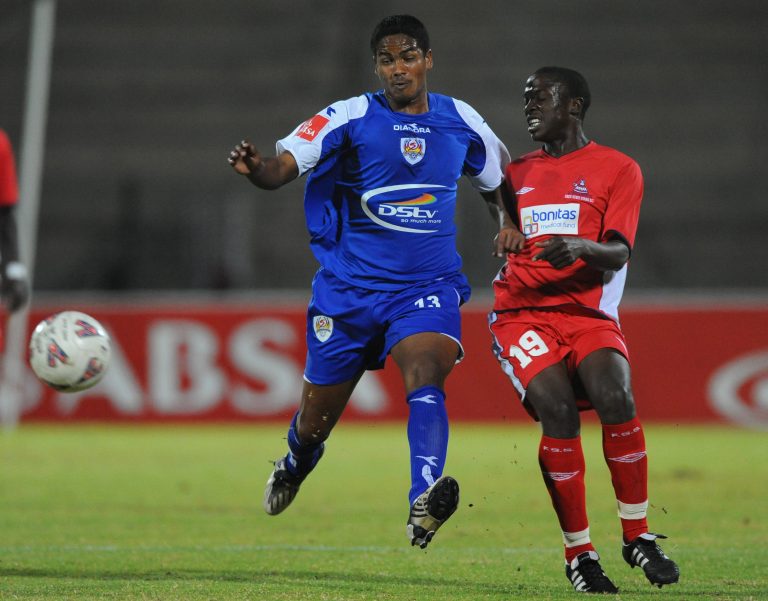 He has been coaching for four years and is in charge of Witbank’s ABC Motsepe League side Bakone FC.

Mashego says he was making money through his courier company transporting Nike apparel to sports shops around Tembisa, Centurion, Pretoria and Midrand but left the lucrative gig to coach.

He left his father and his business partner, former SuperSport United midfielder Cavann Sibeko, in charge and focused all his attention on coaching. They later lost the Nike contract to another delivery company, but Mashego doesn’t believe it was because he was no longer involved in the day-to-day running of the business.

Mashego says his return to football was sparked by a trip back to his home town of Gautswana in Burgersfort where talented footballers don’t have an academy or a league to showcase their talent. Although the 38-year-old doesn’t see money as the supreme possession in his life he admits to choosing it over the beautiful game.

“I tried living without football. I was working on a few projects and had a company that facilitated everything. Another side of where I made money was on the courier side of the company but I found that wasn’t for me. I was not happy, I missed football,” explained Mashego. “I left football because I needed money, an income was key at the time. I needed to make sure my children were okay – they couldn’t suffer just because their dad wanted to follow his passion.”

The right-back has urged retired footballers to be selfless in the development of the next generation of footballers. Mashego believes that some former professionals are jealous of the opportunities that have been afforded to the current generation which are a far cry from yesteryear.

Mashego took a leaf out of coach Steve Komphela’s book and explained that one should find joy in feeling valued, because one can’t put a price on the value added by mentorship. The 38-year-old says seeing players he coached or recommended playing in the Absa Premiership motivates him to continue coaching.

“We need to contribute to grassroots football but jealousy stands in the way of us doing it effectively as ex-players. The first thing you will hear is these young players have money. We didn’t have money when you listen to interviews on TV or radio. They forget the value of the Rand and what it was when we were playing is different.

“It’s not about the money, we end up being greedy and letting talent go to waste, yet we turn and criticise the same players that have made it. We are quick to forget we could have helped those more talented than the ones playing right now. Had you been helpful and not jealous we would have the best talent around. Instead of helping young players to become better we are looking at how much we can also make from developing these players.”