AmaZulu goalkeeper Siyabonga Mbatha says Itumeleng Khune missing out on the 2019 Africa Cup of nations does not guarantee him a spot in coach Stuart Baxter's squad. 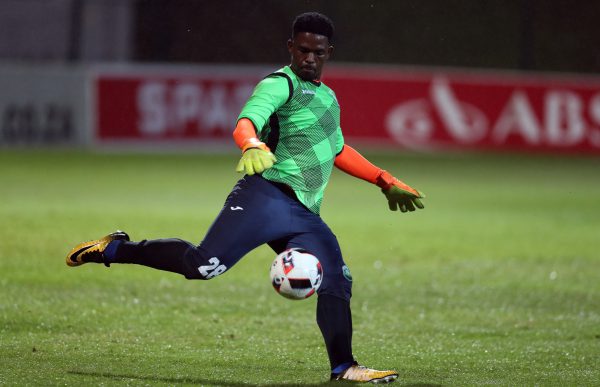 Mbatha expressed his disappointment when he was not call-up for the last national team camp.

“He (Khune) wasn’t there when they played the qualifier and I wasn’t called up which made a lot of people think he will call me. If I get call then I am happy if not then…” Mbatha told Phakaaathi.

Mbatha revealed that coach Cavin Johnson encouraged him to keep working hard and not to feel like he failed for not being selected by Baxter.

“Coach Cavin had a chat with me and said I should focus at AmaZulu and do well. If the people that select the Bafana squad felt I have done well, they will call me. He told me I shouldn’t feel like I am entitled to getting a call-up because that will stop me from growing.

“I think I have focused more on the team now, if I do get a call-up I will be happy, if I don’t get it then maybe coach Stuart feels I lack somewhere and I am not what he needs for Bafana.”