Playing at a huge tournament like the World Cup comes with nerves, but Banyana Banyana second vice-captain Lebogang Ramalepe believes that having nerves is a sign of one readiness. 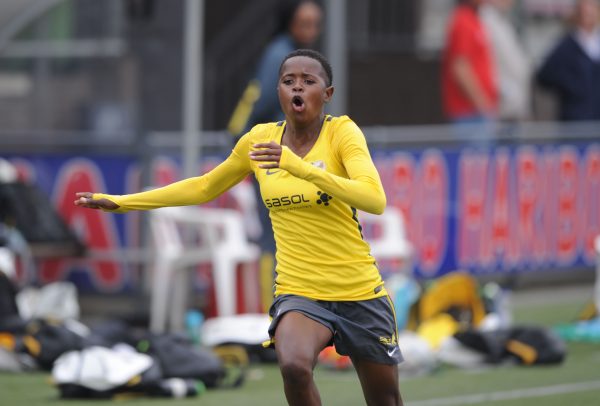 While Banyana will be making their maiden appearance at the global stage, this will be la Roja’s second appearance at the competition. The defender sees this tie as a very important one for South Africa, stating that it is vital to win your first game in every competition you play and says whichever team gives their all on the day will win the match.

“Looking at the day we qualified for the World Cup in Ghana and now we are nearly to the start of the tournament, I am nervous. Because I never thought the day would come so fast, but I feel that me being nervous shows that I am ready for Saturday,” said the vice-captain.

“Every time you play your first game in a tournament it is like a final because it’s where you have to make sure that you collect three points and whoever puts their best on the day will emerge victorious and that is what we want.”

Banyana will play Spain at the tournament having failed to win a single match since the start of the year during their preparations of the tournament. They go into this game having suffered a heavy 7-2 thrashing at the hands of Norway in their last preparation match.

Ramalepe admits that the loss against the Norwegians was way too embarrassing for the team, but promises that the team will do better on Saturday looking at the support they have received from everyone back home.