Jele has made himself an important member in the Bucs squad, but that he has not lifted any trophy is an itch he wants to scratch going into the next season. 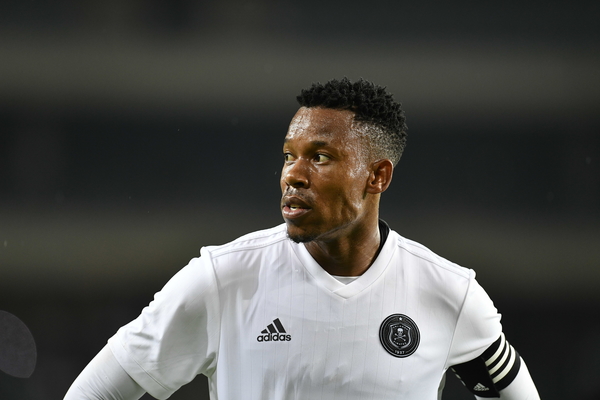 Happy Jele’s leadership skills in the Orlando Pirates squad have been compared to former captain Lucky Lekgwathi, but there is a huge difference between the two defenders, with Lekgwathi having lifted plenty of trophies at the club, while Jele is yet to win any major silverware since he was given the armband.

Jele has made himself an important member in the Bucs squad, but that he has not lifted any trophy is an itch he wants to scratch going into the next season.

The fact that he is being compared to Lekgwathi, gives him motivation to work hard and he says they always listen to legends.

“I take it as a motivation when people start comparing me to another player (Lekgwathi). It means there is something good I’m doing. The only wish I have is to bring back the glory days to Orlando Pirates and win trebles, as the likes of Lekgwathi did. I want to bring that back so that the youngsters coming can feel the feeling we had when we won the treble, that is my goal,” said the Bucs skipper.

“The legends were there before, so they know what they are talking about. The only thing we need to do is to listen and understand them. But at the end of the day it is true…We can’t be finishing in second place all the time, we have to be number one. So, that is the goal for us this season.”

Meanwhile, in the last few weeks, Jele has seen other long-serving members like Thamsanqa Gabuza, Thabo Matlaba and Mpho Makola parting ways with the club. But the defender was given a one-year extension to his contract and says all he wants to do is play and thanked the club for honouring him.

“All I can say is that I’m very happy the team recognised me at an early age and they still honour me. And I appreciate this contract, it doesn’t matter if it’s one year or two years, I just want to be on the field all the time. That is the most important thing and you need to be happy as a person. It doesn’t matter if you get a six- month contract, as long as you are playing you’re happy.”