New Kaizer Chiefs player, Kearyn Baccus has revealed his wish to meet former club darling, Doctor Khumalo but the latter is not interested, he told Phakaaathi. 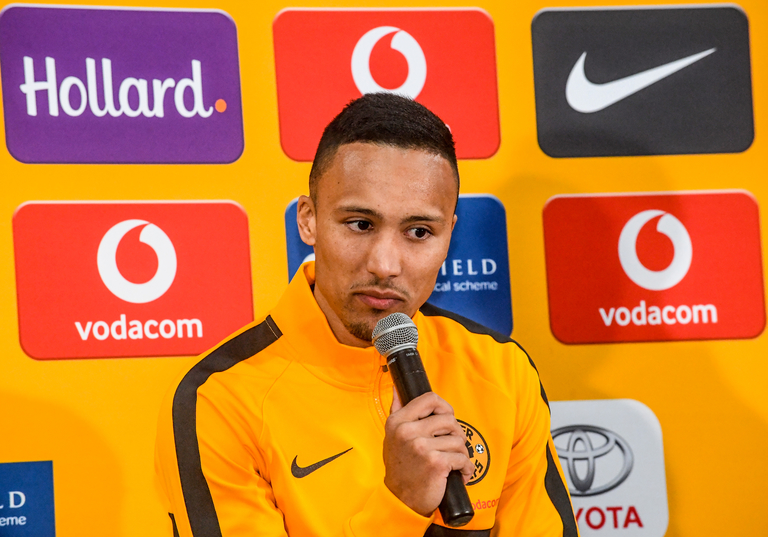 When Baccus spoke to the media for the first time since his arrival at Amakhosi, he said his wish was to don the No.15 jersey.

But he was disappointed when he was told that the number had been retired in honour of former star Khumalo.

“When I came here I wanted he No. 15 shirt but I was told it had bee retired. I wore that number my entire life. I was disappointed but there is nothing I can do. I have heard a lot about Doctor.

My mother made research for me about him and I understand,” he said.
He also said he felt the No. 15 brings him luck but he was okay with the No. 6 that he was assigned at Amakhosi where he has had a solid start to his career, showing glimpses of becoming a critical player in Ernst Middendorp’s side.

Baccus said he would be interested in speaking to Khumalo about the shirt number but it seems his wish is not going to be granted anytime soon. When asked about this during the Nedbank Cup Ke Yona team draft last week, Khumalo said he was not interested.

“Someone phoned me about something like that… he must speak to the chairman (Kaizer Motaung) about that. He is the one who took the decision to retire the number. I am not interested in talking to him.

“He doesn’t know me and I don’t know him,” said Khumalo who remains one of the best players to ever don the famous gold and black of Amakosi.