Galaxy make their point against Pirates

It's only a draw for the Buccaneers ahead of Saturday's Soweto derby against Kaizer Chiefs. 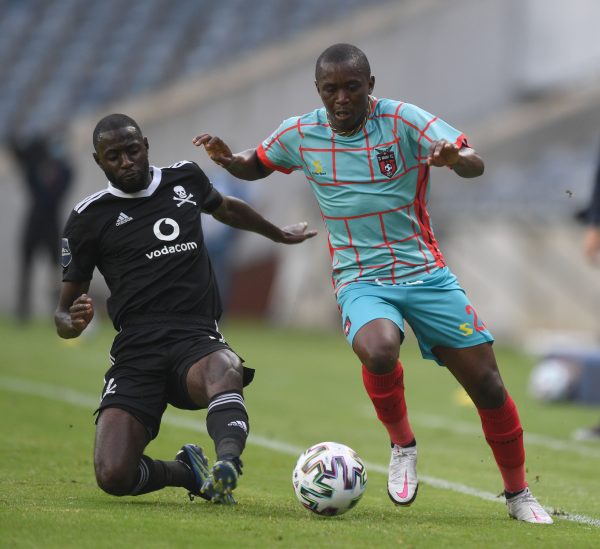 Orlando Pirates quest to build winning momentum was put to a stop once again after they were held to 1-1 draw by TS Galaxy at the Orlando Stadium on Tuesday.

Pirates had started brightly after taking the lead early in the game. But, the lead didn’t last long as Galaxy managed to level the scores within ten minutes.

Coach Zinnbauer’s charges were looking to build after registering only their second DStv Premiership victory of the season against Maritzburg United last weekend.

Pirates remain in fifth spot with 22 points after 14 matches.

Owen Da Gama’s Rockets, meanwhile, will be glad with a point as they look climb up the league table and get out of relegation trouble.

With the point, they jumped one place higher on the table to 12th place with 12 points from 13 matches.

It was Bongani Sam who put Pirates in the lead following a well worked build-up which found the winger inside the visitors box unmarked in the 11th minute. Sam calmly slotted the ball into the back of the net, with the Galaxy defenders sleeping, to register his first goal for the club.

Galaxy almost made an immediate response through Mxolisi Macuphu, but Bucs keeper Richard Ofori made a good save to deny the striker.

Galaxy’s equaliser finally came in the 20th minute through a powerful header by debutant Masilake Phohlongo from a well-delivered cross by Luckboy Mokoena on the right side.

The game went into the break with the sides tied on one goal each.

The opening minutes of the second stanza didn’t produce much of action, except the fierce battle in midfield which included Galaxy’s Mlungisi Mbunjana and Ben Motshwari.

With chances becoming scarce for Pirates, Thembinkosi Lorch tried a long range shot to put Bucs in the lead for the second time in the game in the 78th minute, but the ball went off target.

The last moments of the game saw Pirates playing more in Galaxy’s halve in their search for a winner, but it wasn’t to be for the home team, with the sides ending up sharing the spoils.