Sundowns ready for ‘most difficult game’ against Leopards 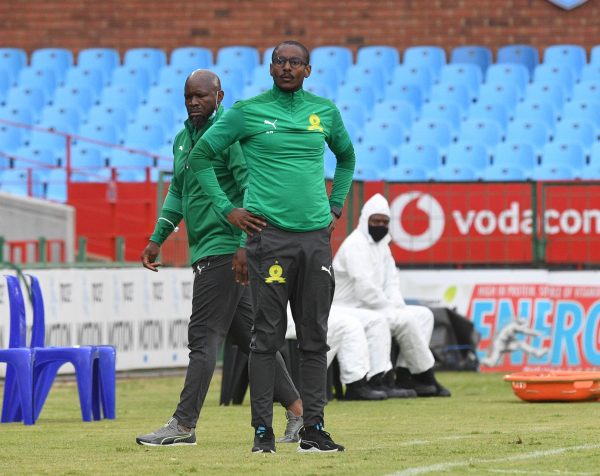 History repeated itself on Tuesday evening when Baroka FC refused to succumb to Kaizer Chiefs as they played to a 1-1 draw in a DStv Premiership contest, a result identical to last season’s league finale where Amakhosi needed a win to secure the league title, but lost it to Sundowns who beat Black Leopards 3-0.

ALSO READ:  Kerr accuses someone at Leopards of going Judas Iscariot on him in encrypted Tweet

Sundowns co-head coach Rulani Mokwena will be hoping that history replays itself on their part, at least where the result is concerned, as they face Lidoda Duvha this evening.

Mokwena’s biggest concern, however, is his players’ mental state following an unexpected draw against Swallows FC, who scored a goal with the last touch of the game.

“Playing in Venda is more mental and energy consuming so we have to make sure that we have the right energy levels from an emotional perspective and we recover the body well. When you are 1-0 up against Swallows and you consider a late goal, it has a huge effect psychologically,” said Mokwena.

“We tried to still consolidate the confidence of our players and then of course to prepare tactically for a difficult opposition that is fighting for their lives to make sure that they get the points very early and keep their Premiership profile,” Mokwena added

Mokwena is also interested to see how the opposition will shape-up following the departure of ex-head coach Dylan Kerr, whose position has been filled by the trio of Lehlohonolo Seema, Mongezi Bobe and Morgan Shivambu. Mokwena, however, predicts that there will be little change on the field of play.

“It will be interesting to see what they do because they have been playing the 4-2-3-1 formation with a very experienced back-four. Now Edwin Gymah is out with a red card so they have to see who they play Khomotso Masia with. But Tebogo Makobela is a very good player, he is very experienced, he played for Jomo Cosmos and Chippa United.

“We know what we have to deal with, we just have to see how quickly they can change that profile because Dylan Kerr has now unfortunately left and it is a new technical team that is in charge,” said Mokwena.

Mokwena continued: “They are experienced, they know the league, they know the club but it is going to always remain, on the pitch, regardless of the change of personnel on the bench, it will always be a difficult team. Leopards are hard running and always hard to beat. It is probably going to be one of the most difficult games we played in the last few weeks.”

Mokwena to Broos: Why is Lakay not playing for Bafana?
6 days ago
6 days ago

Mokwena to Broos: Why is Lakay not playing for Bafana?
6 days ago
6 days ago