Nurkovic says the thought of playing in front of so many people excited him and feels sad that they will be without fans on Saturday afternoon. 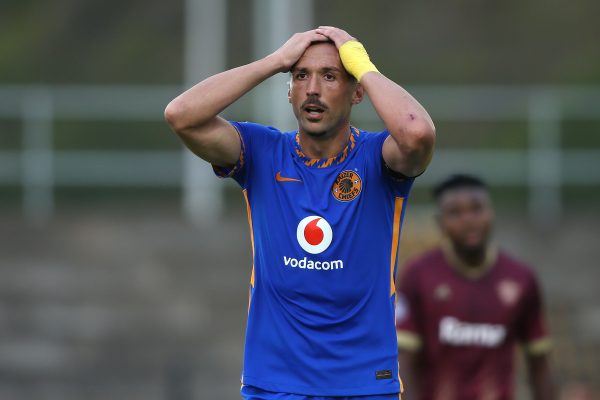 When an offer to come to South Africa and play for Kaizer Chiefs was made to Serbian striker, Samir Nurkovic, he did a little research and the fact that they play the Soweto derby against old rivals Orlando Pirates in front of 90 000 supporters sold him.

Nurkovic says the thought of playing in front of so many people excited him and feels sad that they will be without fans on Saturday afternoon when they play the derby at Orlando Stadium at 3.30pm.

“My experience in the derby has been unbelievable thus far,” Nurkovic told the club’s website. “Playing in front of 90 000 spectators is a dream come true for every player. It has exceeded all my expectations.

“It is unfortunate that this derby will have no supporters at the stadium, but I am sure they will be supporting us from home. Playing without the supporters is very different. They are always the 12th man and give us extra motivation. We really miss them at the stadium,” added the 18-year-old.

He also revealed that the derby is a special game every player habours a wish to play in, and how he learnt about the 90 000 people and decided to take the plunge and join Amakhosi.

“Playing in big derbies like the Soweto derby is every player’s dream. I have had the privilege to play three derbies last season and I am happy to be part of this derby again.

“Before I arrived in South Africa and came to Chiefs, I learnt about the Soweto derby. The fact that the players have the opportunity to play in front of 90 000 supporters made me really look forward to being part of such an occasion.”

Amakhosi have enjoyed a good run of results in their last four games with three wins and a draw taking them up the DStv Premiership standings to seventh place and four points behind the Buccaneers.

“It is full focus for Chiefs as we get ready for the clash with Pirates. A big team like Kaizer Chiefs must only be interested in victories, that’s why we are going into this game just like every other game with full focus,” says the man nicknamed Kokota Piano after one of the popular dance songs.