“Each and every coach comes with their own philosophy and we have to adapt to that," the Pirates captain. 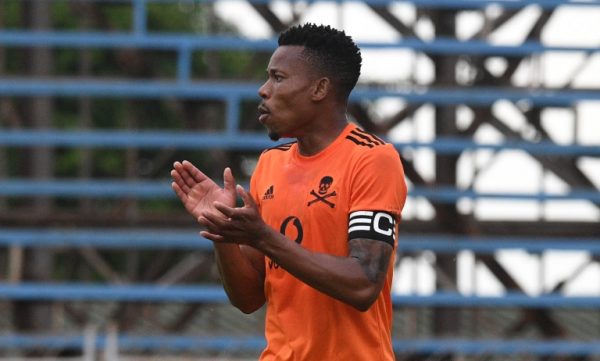 Orlando Pirates woes has seen many club fans on social media losing their faith on head coach Josef Zinnbauer, but captain Happy Jele has defended the German-born coach as they prepare for a Nedbank Cup encounter against Uthongathi FC at the Orlando Stadium on Saturday.

Jele believes Zinnbauer has done well for the Buccaneers since his arrival in December 2019, which saw them end their almost six-year trophy drought when they won the MTN8 this season.

With the Ke Yona Cup clash coming up, the Bucs defender admits that the club hasn’t been flourishing especially in the league. But added that the time has arrived for them to change their fortunes with the Ke Yona tournament.

“Each and every coach comes with their own philosophy and we have to adapt to that. So far the coach has been doing well, we won a trophy under him, we can’t deny that. As you know, things have not been going our way in the DStv Premiership. The only thing that we need is consistency because we’ve been drawing, winning and losing games. But overall we have been playing well, the effort is there. It is just a little bit of those mistakes that we have to fix. And the coach is there to help us fix those mistakes and keep on going,” the Bucs skipper emphasised.

“I think at the beginning of the year we lacked a lot things like concentration, the effort was lacking a little but we have to show up and raise our hands. We (players) are the ones who have to play, it’s not about the coach. We need to raise our hands and lift our socks – go on and push hard because we are capable of doing well. We showed it during the MTN8. We have to push and lift some other guys so that we can get results.”

Meanwhile, Uthongathi coach Pitso Dladla says they won’t approach this game differently since they are playing a big team.

“We are playing Orlando Pirates, yes, it’s a big team. But we are concentrating more on ourselves. We are not going to try to come up with something new, we are going to stick to our philosophy. Stick to what we have been doing in the past 11 games,” said Dladla.