“We will take a point, but we are very disappointed because we could have won the game," said Pule. 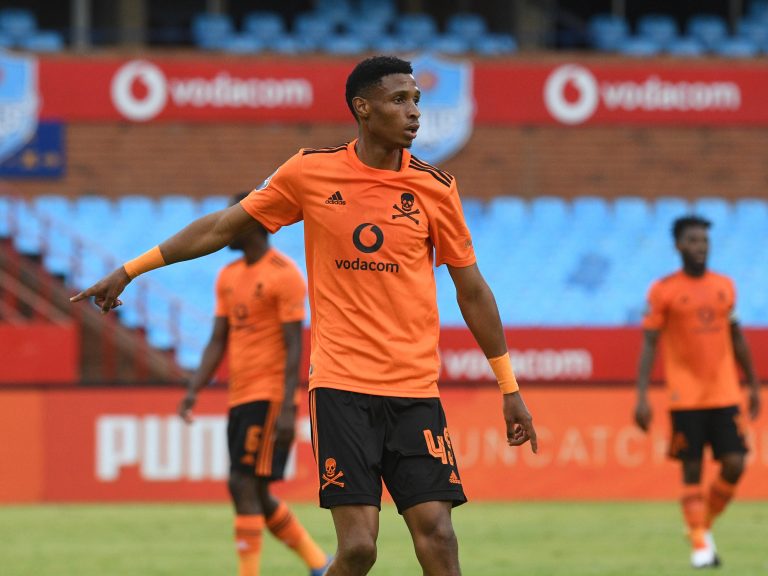 Orlando Pirates winger Vincent Pule acknowledges that they came up against a good side in SuperSport United, but believes the Buccaneers could have won the game after playing to a 1-1 draw at the Lucas Moripe Stadium on Wednesday.

An early goal by Pule was just what the Buccaneers needed to go on and dominate the game, but this was a SuperSport side that had a plan of their own and were determined to fight for maximum points as well after Bucs midfielder Ben Motshwari scored an own-goal to level the scores for the Pretoria based outfit.

However, Pule, who scored his fourth goal of the campaign for Bucs says they will gladly take the point gained from the tie even though it wasn’t a result they wanted.

“I think it was a very difficult game because SuperSport is a very tactical team, they are good. We played well in the first half and we could have scored more than one goal, but they are a good side they came back into the game. We pushed hard but it didn’t happen for us (could not get a winning goal),” said the Bucs attacker.

“We will take a point, but we are very disappointed because we could have won the game. But every point is important at this stage.”

The draw saw Bucs climb one place higher on the log. The Soweto based outfit find themselves in fourth place on the league standings with 29 points after 18 games.

While Matsatsantsa remained on second place on the table with 33 points after the same number of games as Bucs.

SuperSport now trail log leaders Mamelodi Sundowns by three points, but the Brazilians have only played 16 matches accumulating 16 points in the process.

Meanwhile, going into the weekend, Pirates will be aiming to make things right in the Nedbank Cup.

Bucs face Maritzburg United in the last 16-round of the Ke Yona Cup and Pule says they are determined to go to the next phase of the competition.

“We have to bounce back because it’s a cup game and we have to play like it’s a final because we want to continue with the tournament. I think it’s important for us to win the cup game.”
For more news your way, download The Citizen’s app for iOS and Android.